Several countries in Latin America have seen a rapid reduction of their forests in the last years, as logging, agriculture and mining activities expanded quickly. 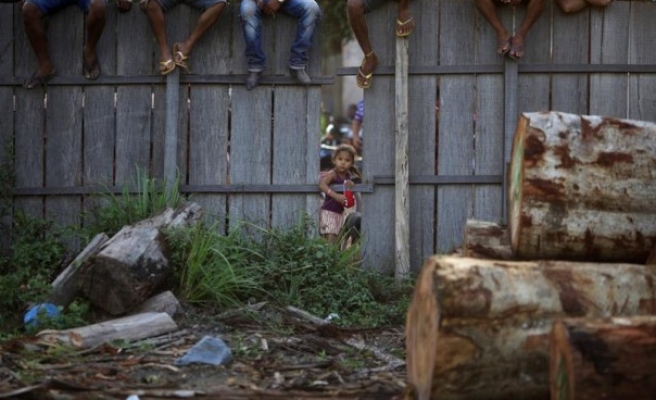 Eight Latin American countries on Sunday announced an initiative to restore 20 million hectares of degraded forest and farmland, seeking to use this land to store carbon in natural vegetation and cut emissions that cause global warming.

Argentina, Colombia, Chile, Costa Rica, Ecuador, Guatemala, Mexico and Peru and two regional conservationist programs joined the 20x20 Initiative that aims to have all the planned work in this huge area well under way by 2020.

The program will count initially with a funding of 365 million dollars from private investors, including Althelia Climate Fund, Moringa Fund, Permian Global, Terra Bella and Rare.

Greenhouse gas emissions from land use changes, such as deforestation, account for 15 percent of global emissions, or more than what is generated by the world's transport sector. So, programs to avoid destruction of forests help to reduce the amount of heat-trapping gases.

"There will be projects to avoid deforestation, others to restore original vegetation with adequate species and also actions on agroforestry management," said Walter Vergara, a senior fellow at Washington-based World Resources Institute (WRI), which is advising participants of the program.

"But the idea is to make forests as permanent as possible," he said.

Several countries in Latin America have seen a rapid reduction of their forests in the last years, as logging, agriculture and mining activities expanded quickly.

According to WRI, about half the carbon emissions in Latin America and the Caribbean comes from land use, land use change and forestry, or around 2 gigatons of carbon dioxide equivalent (CO2e) per year (2012 data).

The initiative was launched in Lima, Peru, where negotiators from almost 200 countries work on details of a new global deal to reduce greenhouse gas emissions.

Countries participating in the new agreement could include actions to reduce emissions from land use in their intended contributions.

WRI's Vergara said it is expected that the activities to restore vegetation will generate emissions reductions that could be used by countries to comply with future targets to cut pollution.

Some of the private investors should also receive carbon credits from the activities.

There is still no estimate of the amount of emissions reductions that will come from the program.