Australian humour therapist Jean-Paul Bell was originally a clown doctor working with sick children, but now he makes the elderly laugh through a programme called Play-Up. 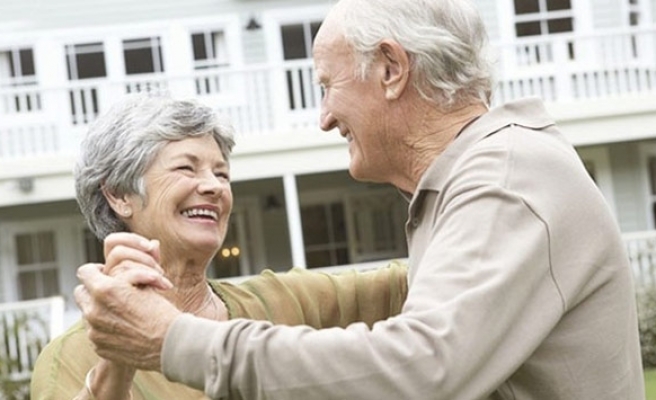 Laughter may be good medicine for elderly dementia patients -- and best of all, it doesn't have side effects.

Australian humour therapist Jean-Paul Bell was originally a clown doctor working with sick children, but now he makes the elderly laugh through a programme called Play-Up.

Bell was also the key humour therapist in a Sydney-based study into the impact of humour therapy on mood, agitation, behavioural disturbances and social engagement in dementia patients, a study that showed those who took part seemed happier.

"The whole idea behind the Play-Up programme and what we're doing at the Arts Health Institute is encouraging them to play more because we believe that they've got potential to keep playing right until you take your last breath," Bell said.

He set up the Arts Health Institute to train aged-care staff in fostering playful relationships with their patients, particularly those with dementia.

Dressed in a bright blue jacket with brass buttons and shoulder tabs, Bell uses a combination of games, jokes and songs -- accompanying himself on a ukulele -- to get the elderly to laugh.

In addition to seeming more content, the dementia patients involved in the study seemed less agitated by 20 percent, said lead researcher Lee-Fay Low at the University of New South Wale's School of Psychiatry.

"Twenty percent sounds like a small effect but it's about the same amount, the same effect as you would get if you gave them an antipsychotic medication -- medication you would use to treat schizophrenia, bi-polar disorder," Low said.

According to the University of New South Wales, dementia rates are expected to double in Australia to about 450,000, mainly due to an ageing population.

Best of all, the dementia patients weren't the only ones who benefited from the study.

"The staff were invigorated, they felt that their jobs were enhanced," said therapist Joanne Rodrigues.

"They were part of something that they could see the real benefits (of)." http://www.artshealthinstitute.org.au/News/SMILE-Study-results.aspx