In Blantyre, some residents have not had tap water for years as Malawians all over the country face numerous challenges in terms of potable water access. 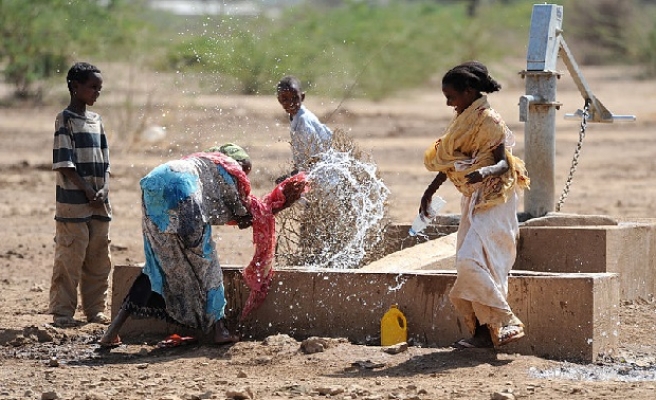 People living in cities are supposed to draw water from the tap. But not in Malawi's commercial hub, Blantyre, where the number of people who wake up to dry taps everyday continues to rise.

The past six months have been the worst in Malawi's major cities: Lilongwe, Blantyre, Zomba and Mzuzu.

In Blantyre, some residents have not had tap water for years because in their areas, safe, piped water is not available.

One such resident is Mercy Tembo, who lives in the Soche Hill area in Manja Township some 7km from Blantyre's Commercial Business District.

For over five years, people have depended on untreated well water for washing and cooking.

Tembo uses an old tin and a rope to draw water from an ageing well dug 15 years ago.

"We have no public water kiosk or any alternative source of water apart from this well," she told AA.

"So when the taps are dry, we can only draw water from this well," she said.

Most people have to store their weekly supplies of water in small tanks, bottles or five-liter jerry cans.

"Water problems are not new," said Tembo. "But it has become worse these days. The taps are always dry. One cannot get used to the lack of water."

She says in most parts of the city, residents live with daily water rationing.

According to a 2008 population census, Blantyre's total population stands at 661,256.

Priscilla Mateyu, the Blantyre Water Board (BWB)'s public relations officer, said the BWB only provided 78,000 cubic meters of water to the city per day, hence the continued dry spells in certain neighborhoods.

She acknowledges that water demand continues to rise as more people trek to the city each year in search of economic opportunities and jobs.

Mateyu noted that, in July of last year, with EU funding provided through the European Investment Bank, the BWB began upgrading the intake at Walkers' Ferry, the pumping station in Blantyre, and building reservoirs to ease water pressure.

"The project will be finished by November 15," Mateyu told AA. "It is expected to increase the board's capacity to about 105,000 cubic meters, thereby meeting the city's demand."

But the problems in Blantyre are just the tip of the iceberg – Malawians all over the country face numerous challenges in terms of potable water access.

In most Malawian villages, tap water is unheard of.

"We drink water with the animals," laments Ruth Phiri. "The only source of water in this village is a small, open well also used by cattle and goats."

"Sometimes, we get water from the public dam," she said.

During the rainy season, she went on to note, the open well often became contaminated with run-off water.

Waste from pit latrines is another major concern, as human feces often ends up in the rivers, dams and wells.

"We experience a lot of water-borne diseases during the rainy season because the water from the well is so dirty," Phiri told AA.

"We have to boil it before drinking it," she explained. "But some people drink it without boiling it."

Considered a "water stressed" country, Malawi has been battling water problems for years in hopes of achieving the U.N.'s Millennium Development Goals (MDGs) by 2015.

So far, only 65 percent of the country's population has access to improved water and sanitation, according to Allan Chiyembekeza, Malawian minister of agriculture, irrigation and water development.

To achieve the MDG targets for water and sanitation, more than six million additional Malawians must obtain access to clean potable water.

Malawi's total population currently stands at 14 million, according to a 2008 national census.

"The challenges standing in our way in terms of meeting these goals are an aging water system and a growing urban population," Chiyembekeza told AA.

Other factors include a seeming lack of political will and official corruption, not to mention the provision of free water coupled with high utility costs – all of which is further exacerbated by the government's failure to pay its bills on time.

The government, for its part, is pressing for change. Most recently, it has asked those responsible for running the country's water utilities to provide better services.

But the heat is now on the BWB, the primary water supplier in Malawi's commercial capital.

"The BWB is the worst performer among all water utilities in the country. The government is not happy with the way it is handling its activities," Chiyembekeza told AA while touring the BWB's operations.

Mabvuto Chiipanthenga, for his part, BWB's director of technical services, has promised improvement.

He said the board planned to upgrade its water delivery systems with the World Bank-provided funds at the end of the year.

"By January, the water shortages will decline because we will have completed the replacement of some old facilities in Blantyre," Chiipanthenga told AA.

Environmentalists, engineers, land specialists and other technicians are currently conducting an environmental and social impact assessment of the water situation in Malawi.

A report on the assessment's findings is expected by March.

Following the report, the government intends to apply for another World Bank loan with a view to resolving the country's other water problems.