The government said that all necessary steps to identify people who had come into contact with the nurse had been taken. 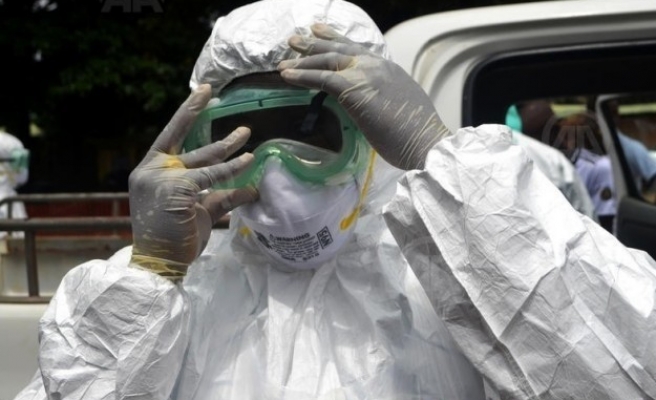 Authorities in Mali quarantined dozens of people on Wednesday at the home of a 25-year-old nurse who died from Ebola in the capital, Bamako, and at the clinic where he treated an imam from Guinea who died with Ebola-like symptoms.

The imam from the border town of Kouremale was never tested for the disease and his body was washed in Mali and returned to Guinea for burial without precautions against the virus.

Two aid workers said that another person who lived in the house where the imam stayed in Bamako had died this week and was buried without being tested.

A doctor at the Pasteur Clinic where the nurse worked - one of Bamako's top medical centres - is also suspected to have contracted Ebola.

Mali, the sixth West African nation to record Ebola, must now trace a new batch of contacts just as people linked to its first and only other case - a two-year-old girl who died last month - completed their 21-day quarantine on Tuesday.

Concern is growing at the time it took between the imam dying and the steps needed to contain the deadly disease being put in place. Dr. Samba Sow, head of Mali's Ebola response, said the imam died on Oct. 27, two days after going to the clinic.

"This case shows the lack of training of doctors in Bamako. This training should have been done six months ago," one aid worker told Reuters, asking not to be named.

The government said in a statement on Wednesday that the nurse was confirmed to have Ebola on Tuesday and died later that evening. All necessary steps to identify people who had come into contact with the nurse had been taken, it said.

Ousmane Doumbia, secretary general of the health ministry, said 70 people had been quarantined. The Pasteur Clinic was locked down by police on Tuesday night.

Mali shares an 800 km (500 mile) border with Guinea, which alongside Liberia and Sierra Leone, has been worst affected by an outbreak that has killed nearly 5,000 people this year. The two-year-old girl had also brought Ebola to Mali from Guinea.