Scientists believe these Alzheimer's-linked plaques start developing at least a decade before symptoms occur, and spotting changes in the brain early offers the best chance to intervene with new drugs that might prevent or delay the disease. 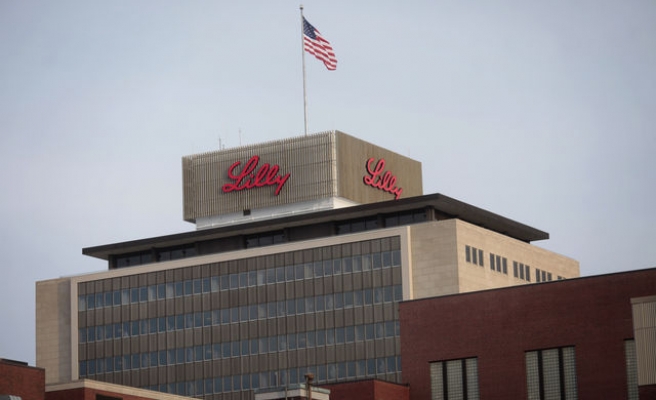 Alzheimer's experts plan to protest proposed Medicare guidelines that would deny coverage of an Eli Lilly diagnostic test for the disease unless patients are taking part one of several clinical trials in which the $3,000 test is being used.

Eli Lilly and Co and the Alzheimer's Association have objected to the draft guidelines, issued last week by the U.S. Centers for Medicare & Medicaid Services, the agency that runs Medicare. Both plan to pressure CMS to change the guidelines, saying they deny some patients the chance to get an accurate diagnosis. The final rule goes into effect in October.

CMS said it made the decision because there was not enough evidence that the test - a radioactive drug used with PET imaging - improves patient care. At the same time, it conceded there was evidence the tests could rule out Alzheimer's in difficult-to-diagnose cases and help identify good candidates for clinical trials into more effective treatments or prevention strategies.

Patient advocates and the company say the decision might slow the development of future diagnostic tests for Alzheimer's and deny patients with symptoms the chance to find out whether they have Alzheimer's or some other disease that causes symptoms of dementia.

Several experts say there is still much to learn about what a positive scan might mean, and believe CMS' decision to at least cover scans used in clinical trials may help in the search for treatments for the fatal, brain-wasting disease that affects 5 million Americans and 38 million people worldwide.

The U.S. Food and Drug Administration has already approved Lilly's compound, known as Amyvid. ButMedicare reimbursement is seen as critical for the company because most people begin showing signs of dementia at around age 65, the age when Medicare coverage kicks in.

In addition to Lilly, the draft guidance could affect imaging agents being developed by General Electric Co's GE Healthcare, and Piramal Imaging, a unit of India's Piramal Enterprises, which acquired Bayer AG's agent last year. Both have compounds under review at the FDA and the European Medicines Agency.

All three are radioactive tracers designed to light up deposits of an Alzheimer's-related protein called beta amyloid when used in conjunction with brain scans known as positron emission tomography, or PET.

Scientists believe these Alzheimer's-linked plaques start developing at least a decade before symptoms occur, and spotting changes in the brain early offers the best chance to intervene with new drugs that might prevent or delay the disease.

Instead of agreeing to routinely pay for the $3,000 test, CMS proposed "Coverage with Evidence Development," a designation that suggests there are still gaps in the evidence over the benefits of the test. That allows CMS to gather more data by paying for scans in patients taking part in trials. CMS could use the data to render a decision on wider coverage.

"Essentially, they acknowledge that there is the possibility that coverage is important, but they don't understand it quite yet," said Maria Carrillo, vice president of medical and scientific Relations at theAlzheimer's Association.

Before the decision, the Alzheimer's Association and the Society of Nuclear Medicine and Molecular Imaging sent CMS a report detailing the limited circumstances under which the test would be appropriate for certain patients. That might include helping to tell which patients have Alzheimer's and which have another form of dementia involving the shrinking of the frontal and temporal lobes of the brain.

Robert Egge, vice president of public policy at the Alzheimer's Association, said the group will urge doctors and patients to provide feedback on the document during the 30-day public comment period. And he said the group will consider other options, including lobbying lawmakers.

Egge said the CMS guidelines contradict the spirit of the National Alzheimer's Plan, a sweeping effort to find an effective way to prevent or treat Alzheimer's by 2025 and improve the care of those already afflicted.

Wei-Li Shao, director of Lilly's Alzheimer's business, said the company will meet with the agency to lay out its case.

"One in five patients who are told they have Alzheimer's don't have it," he said. "Diagnosing Alzheimer's can be really difficult. Knowing someone's amyloid status, or knowing they've got amyloid in the brain, is valuable information."

In April 2012, Lilly became the first company to win U.S. marketing approval for Amyvid, but withoutMedicare approval, use of the drug has been limited to individuals with the means to pay for the scans themselves and to coverage by private insurance companies on a case by case basis.

The drug had first-quarter sales of $500,000 and demand is growing, Shao said. It is available at 450 imaging centers across the country and more than 1,000 doctors are trained to read it.

WHAT DOES A POSITIVE SCAN MEAN?

But some doctors are concerned Medicare approval might prod healthy people who are worried about their memory to pressure their doctors for the test.

"I think CMS found a way to do something truly constructive while holding back what will undoubtedly be a tsunami of worried well" who may discover they have amyloid in their brains, said Dr. Sam Gandy, an Alzheimer's expert at Mount Sinai School of Medicine in New York.

"They would have no idea if or when their brains would begin to curdle in response to the amyloid, setting them on the road to dementia," Gandy said.

Lilly, in its statement, says its test was not designed to predict whether Alzheimer's would develop, only to rule out Alzheimer's in patients. A negative scan for the presence of beta amyloid would indicate other potential causes of dementia.

That still leaves the problem of what to tell patients who have a positive scan, said Dr. Ronald Petersen, an Alzheimer's expert at the Mayo Clinic in Minnesota.

In someone with a precursor condition to Alzheimer's known as mild cognitive impairment, or MCI, a positive scan may mean a higher risk of advancing to Alzheimer's more quickly than a negative scan would indicate, he said. "The data are accumulating, but I don't know if they are there yet."

At Mayo, Petersen is conducting a study of thousands of cognitively normal people to try to answer that question.

As companies work on new drugs, having tests that identify the disease will be essential, said Dr. Steven DeKosky of the University of Virginia.

"One of the reasons for trying to do these studies now is to know what we will actually do once we have drugs that will make a difference," he said.