Memory problems not a normal sign of aging: study

Mild memory problems in older people are often excused as "senior moments," but a new study has found the same changes in the brain that cause severe dementia may also be responsible for them. 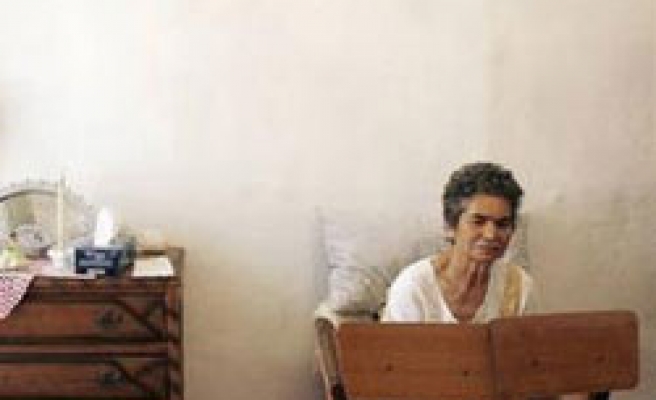 Mild memory problems in older people are often excused as "senior moments," but a new study has found the same changes in the brain that cause severe dementia may also be responsible for those memory lapses.

The findings contradict a long-held notion that memory loss is a normal part of aging, the U.S. team said on Wednesday.

"We don't think that just because you are old, a problem in thinking and memory is normal and should be ignored. We think it's an actual sign of disease," said Robert Wilson, a researchers at Rush University Medical Center in Chicago, whose study appears in the journal Neurology.

Alzheimer's, the most common form of dementia, is a fatal brain disease in which people gradually lose their memory and their ability to reason and care for themselves.

Only an autopsy can confirm the brain changes used to diagnose Alzheimer's disease. Short of that, most patients have to take a battery of memory tests administered by specialists.

Wilson's findings are the latest from a long-running study of 350 Catholic nuns, priests and brothers who were given memory tests each year for up to 13 years.

When they died, their brains were examined. Pathologists looked specifically for tau, a toxic protein that forms tangles in the brain linked with Alzheimer's disease.

They also checked for evidence of strokes and for Lewy bodies -- an abnormal protein in nerve cells that can cause a form of dementia called Lewy body disease.

Patients who showed no sign of memory loss also had clean brains. In the patients with memory troubles, they tended to develop gradually, but then accelerated in the last four to five years of life.

Many experts believe Alzheimer's starts about 10 years before the disease is diagnosed. Wilson said his findings lend more credence to that theory.

Wilson said if people are worried about memory changes, they could get tested. But individuals will have to weigh that decision carefully because currently, there are no drugs that can alter the progression of Alzheimer's, which affects more than 26 million people globally.

Researchers are working on new ways to diagnose dementia based on protein biomarkers in blood and spinal fluids, or new imaging agents, in the hopes of developing new drugs that can keep the disease from progressing.