Zilmax was thrust into a harsh spotlight last week when Tyson Foods Inc said it would no longer buy cattle given the product after recent instances of cattle arriving at some of its plants with difficulty walking or unable to move. 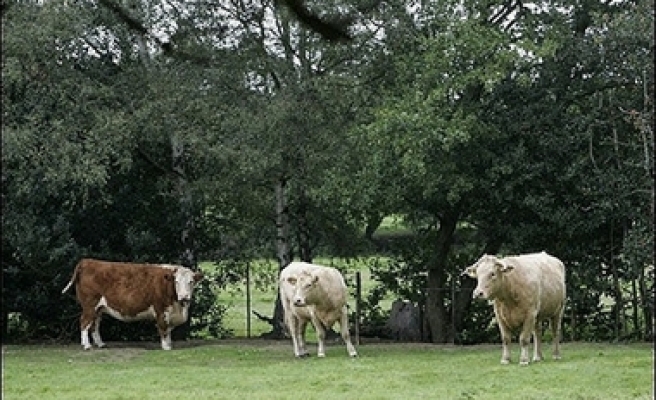 Merck & Co on Friday said it had not seen any safety or effectiveness issues with its Zilmax food additive product for cattle, beyond those observed in clinical trials before it was introduced in the United States in 2007.

"From everything we've done, we have not found any (new) safety or efficacy issues with this drug," K.J. Varma, head of research for Merck's animal health unit, said in an interview.

Varma said, however, that the company plans to conduct several studies to better understand whether Zilmax, a beta agonist medicine used to increase weight in cattle headed for slaughter, is causing lameness in animals.

Zilmax was thrust into a harsh spotlight last week when Tyson Foods Inc said it would no longer buy cattle given the product after recent instances of cattle arriving at some of its plants with difficulty walking or unable to move.

"Tyson thinks it's serious enough, and we take those things seriously," Varma said. "We'll suspend sales but work with our partners ... and do the studies."

The product had North American sales last year of $159 million. Merck's animal health unit has annual sales of about $3.5 billion, compared to sales of more than $36 billion from Merck's core business of human prescription drugs.

Merck on Friday said it would suspend sale of Zilmax for an indefinite period as it conducts more studies of the product and weighs other potential factors that could be causing lameness, including the manner in which cattle are fed, transported and kept before slaughter.

"You will see lameness even in normal feedlots in animals that are not given beta agonists," Varma said. "Based on studies we've done, we don't see anything out of the ordinary in terms of lameness" associated with Zilmax.

"We've done 30 studies in 60,000 animals" since Zilmax was introduced, he said, to monitor the product's safety and effectiveness.

He said many cattle become acidotic, meaning they develop increased acidity in their blood and tissues, as a result of concentrated rations and that the condition can lead to lameness.

Conditions in which animals are kept can also affect the incidence of lameness, he said. "When they get to the processing plant, are they standing on concrete? Are they there 2 hours, or 4 hours, or 24 hours?"

Varma said the company will not begin its studies until Merck has created a new Animal Health Advisory Board, which will help design the trials.

The panel will likely be set up within the next few weeks and include a spectrum of industry leaders, including executives from feedlots, cattle companies and Merck's own scientific staff, he said.

"The studies will be conducted in different locations that have different practices," said Varma, who added it remained unclear how long they would take or how soon Zilmax would remain off the market.

Varma said it stands to reason that Eli Lilly and Co's rival weight-gain additive for cattle, called Optaflexx, will gain market share as Zilmax sales are discontinued. "Other people will probably use that."

He said the company's main concern, in the short term, is to demonstrate the efficacy and safety of the Merck product, in the wake of Tyson's move to ban Zilmax-treated cattle.