Many American women may need to start watching their weight during pregnancy so that they do not get too heavy and risk hurting their babies, researchers said. 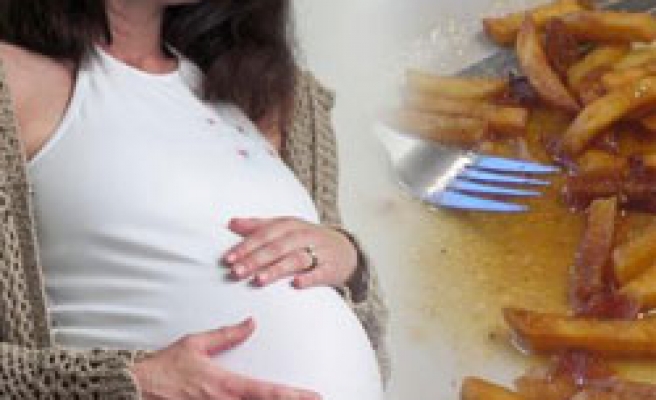 Many American women may need to start watching their weight during pregnancy so that they do not get too heavy and risk hurting their babies, researchers said on Wednesday.

They found that women who gained more weight during pregnancy gave birth to heavier babies, who in turn are themselves more likely to become obese adults. They also may be more prone to cancer, allergies, and asthma.

"The study suggests that the best time to begin obesity prevention may be actually prior to birth, by focusing on weight gain and diet of the mother during pregnancy," said Dr. David Ludwig of Children's Hospital in Boston, who worked on the study published in the Lancet medical journal.

Ludwig and Janet Currie, an economist at Columbia University in New York, looked at data from all babies born in Michigan and New Jersey over a 15-period, from 1989 to 2003 -- 513,500 women and their 1.1 million offspring.

They wanted to eliminate genetic causes of high birth weight so they compared babies born to the same mother. They also eliminated babies delivered by Caesarean section and pregnancies that lasted less than 39 weeks or more than 40 weeks.

"Women who gained 50 pounds had twice the risk of having a high birth weight baby compared to women gaining 20 pounds," Ludwig said. "It was a remarkably linear effect."

Doctors have known that too little nutrition during pregnancy and low birth weight can cause diabetes and heart disease during adulthood. But with obesity so common in women of childbearing age, doctors are worried about the consequences.

On Tuesday, the U.S. Centers for Disease Control and Prevention reported that more than 26 percent of Americans are obese, meaning they are more than 20 percent heavier than their ideal weight. The CDC called for legislation and regulations to make it easier for Americans to eat better and exercise more.

In 2009, 8 percent of women of reproductive age in the United States were severely obese, compared to 3 percent who were underweight, according to the Institute of Medicine.

The most obese women are the most likely to lose a newborn -- 7.5 deaths per 1,000 births, compared to 5.3 deaths for non-obese women.

"Pregnancy is a specific period of time when women are typically at their highest levels of motivation to pursue a healthful lifestyle because they realize that it's not just their well-being but also the well-being of their child that's at stake," Ludwig said.

"This may provide a unique window of opportunity to intervene, and a relatively brief intervention that could have lifetime implications for the offspring."

A baby's body composition at birth can affect health later through changes in organs that regulate metabolism, such as the hypothalamus and pancreas.

I don't feel this is always true. I am a doctor and i have seen few cases like these. Hope women will not be carried away with this statements!! anyways thanks for sharing!!