Most cases of dementia are not diagnosed: Report

The group last year estimated that Alzheimer's and other dementias cost $604 billion globally to treat, a figure that will soar as the number of sufferers triples by 2050. 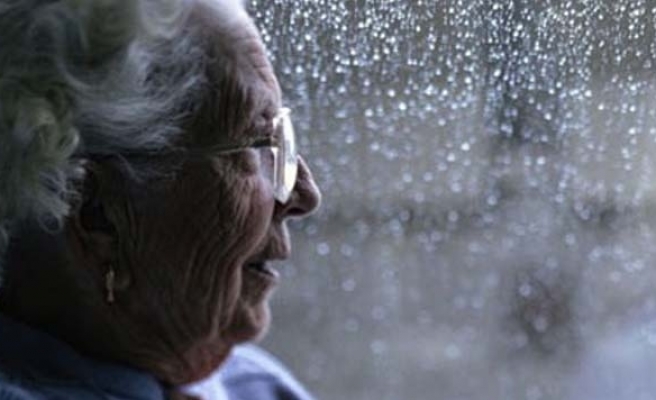 About 28 million of the nearly 36 million people living with Alzheimer's and other dementias have not been diagnosed, robbing them from the benefit of treatments and the chance to have a say in their future care, according to a report released on Tuesday.

It found that many people are not diagnosed with dementia until the disease is well advanced.

"Failure to diagnose Alzheimer's in a timely manner represents a tragic missed opportunity to improve the quality of life for millions of people," said Dr. Daisy Acosta, chairman of Alzheimer's Disease International, a patient advocacy group that sponsored the study.

The group last year estimated that Alzheimer's and other dementias cost $604 billion globally to treat, a figure that will soar as the number of sufferers triples by 2050.

Its latest report, which makes the case for early diagnosis of Alzheimer's, comes just days before a United Nations meeting on Alzheimer's and is aimed at getting the disease on the agenda of world leaders.

The group is pushing for all countries to develop a national dementia strategy that promotes early diagnosis and offers a range of care from primary care doctors, specialists, and community-based treatment centers.

Many scientists and patient advocates believe earlier testing will play an important role in getting people treated and in preparing families for the burden ahead.

"The report is really mainly about the estimated 28 million out of 36 million people worldwide with dementia who don't have a diagnosis," said Professor Martin Prince of King's College London Institute of Psychiatry, who led the study.

Among the study's main findings, he said it shows that while current Alzheimer's treatments -- Aricept from Eisai Co and Pfizer Inc, Reminyl from Shire, and Exelon from Novartis Exelon -- are no cure for the disease, they can improve symptoms in some patients. That could allow some to delay a nursing home stay, for example.

Prince said early diagnosis could save high-income countries as much as $10,000 per patient. While that might not mean much to individual families taking care of a loved one with a disease that can span several years, those savings could make a significant difference on a global scale.

And there are other reasons to diagnose patients.

"Earlier diagnosis can also transform the design and execution of clinical trials to test new treatments," Marc Wortmann, executive director of ADI, said in a statement.

Researchers increasingly believe that many drugs being tested for Alzheimer's have been tried on people who are already too far gone. Earlier diagnosis will help countries develop infrastructure for treating people in the earliest stages of the disease, when drugs have the most chance of doing some good.

Dr. Sam Gandy of the Mount Sinai Alzheimer's Disease Research Center in New York said existing drugs are only modestly effective, and they always wear off.

"Eighteen months after you start a drug, they are in the same place," he said in a telephone interview.

But Robert Egge, vice president of public policy at the U.S.-based Alzheimer's Association, said the burden of Alzheimer's is so great that even modest benefits are worth pursuing.

"We certainly need to push for more effective disease-modifying treatments that can slow or stop the disease, and at the same time we see the treatment value that can follow from early diagnosis," he said.