Those types of imaging tests add heft to a hospital bill and research suggests the low levels of radiation from multiple CT scans might increase a person's risk of cancer over the long term. 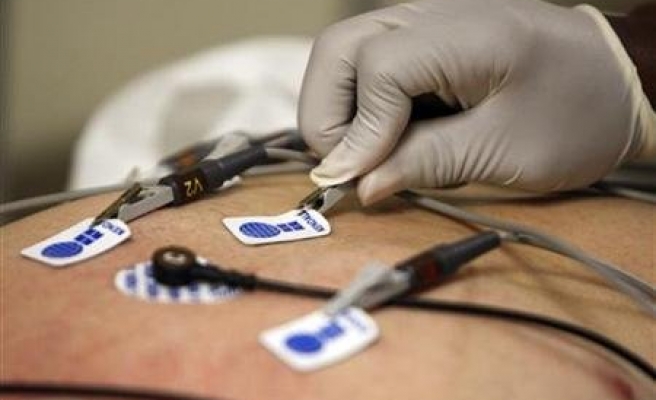 Examining patients and taking a medical history are more useful to hospital doctors in diagnosing patients than high-tech scans, suggests a new study from Israel.

Doctors said that when tests such as CT scans and ultrasounds were given to patients right after they showed up at the ER, the imaging only helped in making a diagnosis in about one in three cases.

"The doctoring process is still a personal communication between the patient and the clinician," said Dr. Matthew Sibbald, a cardiologist at the University of Toronto who wasn't involved in the new study.

"As much as we want to ...rely on the technology, it's not the technology that helps us make a diagnosis," he told Reuters Health.

Those types of imaging tests add heft to a hospital bill and research suggests the low levels of radiation from multiple CT scans might increase a person's risk of cancer over the long term.

To see whether such scans were really helpful, researchers led by Dr. Ami Schattner of Kaplan Medical Center in Rehovot, Israel, followed all the patients who showed up in the ER of an Israeli teaching hospital and were subsequently admitted to the hospital.

Over about two months, 442 consecutive patients with a range of ailments made up the study group. Each was separately examined by two doctors, a resident and a senior physician, who also asked patients about past health problems.

Both doctors had access to results from all routine tests, including blood and urine analysis, and any extra scans that had been done when the patient first got to the ER.

The researchers later looked at how accurate the clinicians were in their decisions, compared to the final diagnoses patients were given during or after their hospitalization. They also asked the doctors what factors they relied on most when diagnosing each patient.

Both clinicians made the correct diagnosis between 80 and 85 percent of the time.

Only about one in six patients had extra testing (mostly CT scans, usually of the head) done in the ER -- the rest just had simple blood, urine or heart tests.

But even for the patients who did have extra scans, the doctors said the results helped to make a diagnosis only about one-third of the time.

Instead, patient history alone or history plus a physical exam were most important to a doctor's correct diagnosis in almost 60 percent of cases.

When basic tests were included, they were the basis of more than 90 percent of correct diagnoses along with history and exams.

CT scans are important in some cases, such as when a person has a head injury and doctors want to rule out bleeding, Sibbald said. But, "they're done so routinely," he added. "I think it's important to realize that just getting an image of somebody isn't a diagnosis."

And doing extra scans isn't harmless. Even if each scan only exposes patients to a small amount of radiation, it can add up, along with radiation from similar screening and other scans, over a lifetime.

In addition, Sibbald said, "you run the risk of just finding odd lumps or bumps which leads to more imaging."

CT scans typically cost a few hundred dollars each and use of the test continues to rise -- especially in the U.S.

Sibbald said that a patient history is still the most essential piece of information for doctors. "Without the history, they're defenseless," he said. "They haven't had a chance to frame what they're looking at."

"Basic clinical skills remain a powerful tool, sufficient for achieving an accurate diagnosis in most cases," Schattner and his colleagues wrote in Archives of Internal Medicine.

"Physicians may count more on their clinical faculties when making decisions about patients," they concluded.