The London-based Environmental Investigation Agency (EIA) estimated that in 2013, at least 93 percent of logging in Mozambique was illegal -- and that most of the illicit timber ended up sold in China. 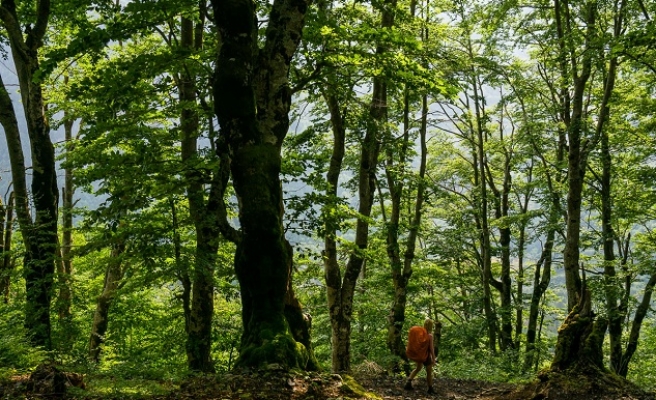 A squad of Mozambican forest rangers made their first arrest just minutes after arriving at a checkpoint near the northern port city of Pemba.

The driver of the vehicle was accused of breaking an annual 90-day ban on logging -- just one tactic in Mozambique's battle against deforestation. That moratorium has been extended a further three months.

Tropical forests cover more than half of the southern African country's landmass but China's insatiable appetite for rare types of wood to feed its furniture industry -- and an uncontrolled surge in logging -- means Mozambique is being stripped of its slow-growing tropical forests while some hardwood species are facing extinction.

"For the past five years we have seen illegal logging increasing," Environment Minister Celso Correia told AFP. "It's been a big challenge for the country."

But Correia said intelligence-gathering has proven to be particularly important to the fight.

"Our communities, our institutions are very vulnerable to corruption," he said. "It's really organised crime. So it's a different fight. It will not be normal institutions that will win this war."

He estimates that illegal logging costs Mozambique more than half a billion dollars (around 460 million euros) a year.

To tackle the crisis, the government has launched a slew of measures that include a ban on the export of all unprocessed logs and a five-year moratorium on the exploitation of vulnerable species.

New logging permits will also not be issued until at least 2019.

"There was no regulation in the past, but now we have managed some strong regulations," said the minister. "And we have increased our capacity of command and control on the field."

But the work of policing the sprawling country's vast forests is "complicated," Moises said. "We don't have sufficient means, we don't have enough personnel" to deploy in the forests where the trees are sawn down.

According to Correia, more than 120 timber companies were raided in March alone and at least 75 percent were found to be involved in illegal activities.

At least 150,000 cubic metres (5.3 million cubic feet) of logs were seized during the sting operation.

After making their first arrests, Moises and his team raided a Chinese-run timber export firm where hundreds of logs lay stacked, ready to be shipped eastward.

But everything was found to be in order.

"We are following the law and we never (export wood illegally)," said Rothschild Xu, a Chinese timber trader, who has been working in Pemba for five years.

There are dozens of Chinese logging companies in Mozambique -- and some operate outside the law.

China has been largely blamed for the deforestation in Mozambique since it began curtailing commercial logging in its own forests in the early 2000s.

'Fighting for our lives'

Investigative journalist and government critic Erik Charas is not convinced the new laws will bring lasting change. He has also alleged that the reforms and anti-graft drive are a government ploy.

"The government is not doing enough," Charas said, adding that "key, leading figures in government" are working with Chinese timber traders.

Mozambique's wood processing industry however has embraced the new legislation.

"I think this is a positive measure as the processing of wood locally will create more jobs locally," said Narciso Gabriel, the owner of a sawmill in Pemba, and president of the country's lumber association.

"But obviously not everyone has the capacity to invest in wood processing, this is the big difficulty".

Processed timber can fetch high prices. The government says exporting raw logs is "daylight robbery" because merchants buy a cubic metre for around $5 but resell it on the international market for $300.

Despite these challenges, Correia remains confident the country will prevail in its fight against illegal logging.

"We will win for sure, there is no 'plan B'. This is fighting for our lives and for future generations," he said.