Under an agreement between the park and the states surrounding Yellowstone - Montana, Wyoming and Idaho - hundreds of straying bison can be killed each year through slaughter and regulated hunting. 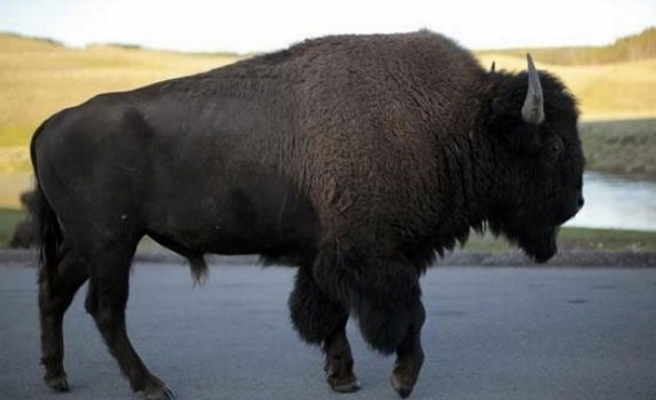 Native American activists gathered in Montana's capital on Tuesday to protest the deaths of hundreds of Yellowstone National Park bison killed this year to ease the worries of Montana ranchers about a cattle disease carried by many park buffalo.

The demonstration marked a week of protests over federal-state management of Yellowstone bison that entails culling the herd each winter when some animals cross from the park into neighboring Montana in search of food.

"This is a new beginning to protect the bison and other wildlife in Indian country," Jimmy St. Goddard, a self-described spiritual leader of the Blackfeet Tribe in Montana, said in a telephone interview from outside the Montana Capitol in Helena.

He was among dozens who gathered to call for an end to the slaughter of Yellowstone buffalo, which are a major attraction for the 3 million people who visit the park. They are the largest purebred herd of wild buffalo in the United States.

The iconic hump-backed animals once roamed by the tens of millions west of the Mississippi until hunting campaigns reduced their numbers to the fewer than 50 that found safe harbor at Yellowstone in the early 20th century.

Under an agreement between the park and the states surrounding Yellowstone - Montana, Wyoming and Idaho - hundreds of straying bison can be killed each year through slaughter and regulated hunting.

The practice has inflamed bison advocates like the Buffalo Field Campaign and some members of tribes in Montana and the Pacific Northwest.

In a sign of tribal dissent surrounding the issue, other members of the same tribes annually exercise treaty rights to hunt bison that migrate to Montana from Yellowstone. St. Goddard's position on bison was not formally sanctioned by the Blackfeet Nation, leaders said.

The number of culled bison so far this year is more than 330, with most loaded on trucks and sent to slaughter. Bison managers are seeking to cull 900 of the animals from a herd estimated at 4,900.

Rick Wallen, lead wildlife biologist for Yellowstone's bison program, said in a statement this week that cutting bison numbers was required to accommodate concerns expressed by surrounding states "that they really didn't want wild bison outside the national park."

The culling aims to address fears by Montana ranchers that bison exposed to brucellosis, a disease that can cause animals to abort their young, will infect cattle that graze near the park.