Offering more protection to patients, the new quadrivalent vaccines provide a route to premium pricing that could improve margins and profits in a highly competitive market. 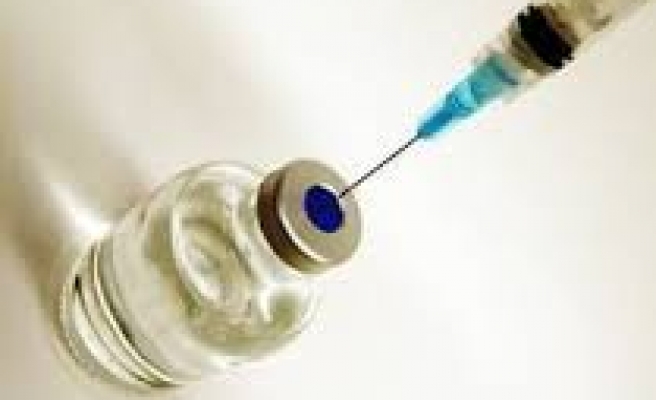 Big drugmakers are seeking a boost from new four-in-one influenza vaccines that will be available for the first time this flu season.

Offering more protection to patients, the new quadrivalent vaccines provide a route to premium pricing that could improve margins and profits in a highly competitive market.

Sanofi, GlaxoSmithKline and AstraZeneca all have products ready to tap the new opportunity, while Novartis is lagging behind its rivals.

Until now, seasonal flu vaccines have only protected against three strains of flu - two strains of influenza A, which usually causes more cases and more severe illness, and one of influenza B, which is less common but also circulates in multiple forms.

The new vaccines include protection against a second strain of influenza B, which experts expect will prevent the vast majority of type B infections.

But extra protection comes at a price. French drugmaker Sanofi, whose Sanofi Pasteur unit is the world's biggest supplier of flu vaccines, with sales of 884 million euros ($1.2 billion) in 2012, says it expects a premium of some 50 percent or more.

It reflects a determination by manufacturers to move up the value chain by developing more innovative and expensive vaccines, following the recent success of novel products such as HPV shots to protect girls against cervical cancer.

Contracts struck with the U.S. Centers for Disease Control and Prevention (CDC) confirm a hefty price jump for the new four-strain flu vaccine, with GSK's quadrivalent Fluarix, for example, costing $12.03 per dose against $8.08 for the standard version, according to the agency's website. ()

Those price premiums may feed through to higher revenues and accelerated growth in a global flu vaccine market that research group Datamonitor Healthcare estimates at around $3.7 billion a year.

"Over time, more and more shipped vaccine is likely to be switched to quadrivalent, so over a five-year period it could lift revenue growth from the low single digit to the mid-to-high single digit (percentage) range," said Alistair Campbell, an industry analyst at Berenberg Bank.

Some U.S. doctors see a more rapid take-up, with Paul Offit, chief of infectious diseases at the Children's Hospital of Philadelphia, predicting that only four-strain vaccines will be available within two years.

It should help a business with a patchy profit record.

Although drugmakers benefit when there is a flu pandemic like the 2009/10 outbreak of H1N1 swine flu - returns from non-pandemic seasonal vaccines have been falling, particularly in Europe.

"Prices have become unsustainably low in Europe," Jean-Paul Kress, head of Sanofi Pasteur MSD (SPMSD) said in an interview. "The quadrivalent vaccine will help us regain perceived value for flu vaccines, which have become commoditised."

Kress, whose organisation is a joint venture between Sanofi and Merck & Co for marketing vaccines inEurope, said average prices for flu vaccines sold in bulk had fallen to around 3.50 euros per dose from about 6 euros in the past few years in austerity-hit Europe.

Most of the quadrivalent business in 2013/14 will come from the United States, where the CDC expects four-strain vaccines to account for around 23 percent of the 135-139 million doses that manufacturers are likely to make for the country.

Thanks to the U.S. opportunity and innovations such as an intradermal shot injected into skin rather than muscle, Sanofi is on track for a "record" flu vaccine season, its Chief Executive Chris Viehbacher told an investor conference last week.

In Europe, roll out of the new vaccines will be slower as several products - including Sanofi's four-strain Vaxigrip - are still awaiting approval, although GSK's quadrivalent has a green light in Britain, Germanyand France.

A competing vaccine that is sprayed into the nose rather than injected, from AstraZeneca's MedImmune unit, is also cleared in the United States but not yet in Europe.

AstraZeneca is taking a different approach to rivals with its FluMist product, which already commands a higher price than injections, by opting to switch entirely to quadrivalent this season. But it has decided to raise the price by around 5 percent, rather than 50 percent, taking the CDC cost to $17.30 per dose.