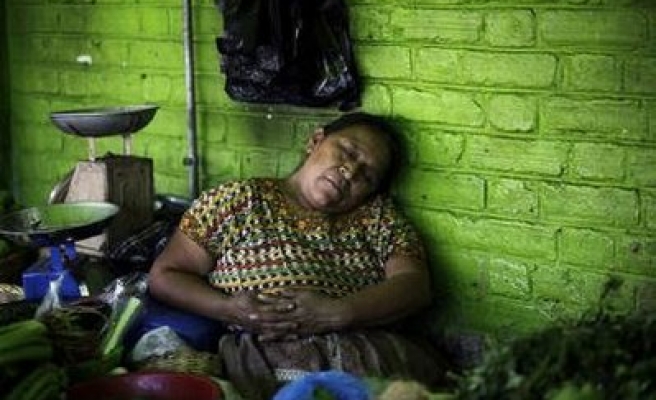 Researchers have linked a second type of mouse virus to a baffling condition called chronic fatigue syndrome, but said their findings do not yet prove that any virus causes the symptoms.

They found evidence of murine leukemia virus, which causes cancer in mice, in 86 percent of chronic fatigue patients they tested, but in fewer than 7 percent of healthy blood donors.

The team, lead by Harvey Alter of the National Institutes of Health, said much more study is needed to determine how common the virus is in people and whether it might be causing disease, or whether it is an innocent bystander.

But they say their finding adds to evidence that viruses may be linked with the debilitating condition.

Evidence of XMRV has also been found in prostate tumors, but again, scientists are unsure if the virus may actually be causing the tumors.

Writing in the Proceedings of the National Academy of Sciences, the researchers stressed that the study raises at least as many questions as it answers and said it is too soon to say that viruses cause chronic fatigue syndrome.

"Chronic fatigue syndrome is a debilitating disorder defined solely by clinical symptoms," the researchers wrote. There is no good test for the syndrome, which can leave patients unable to work.

Scientists have been looking for a possible infectious disease cause. "However, no single agent has been associated with a large fraction of cases," the researchers wrote.

Years ago, researchers took blood samples from 37 well-studied chronic fatigue patients, looking to see if an organism called Mycoplasma might be the cause.

It was not, and the researchers froze the samples. When a study suggested XMRV might be linked, Dr. Shyh-Ching Lo of the U.S. Food and Drug Administration took a closer look at the frozen samples.

He found DNA sequences that looked something like XMRV, but they turned out to be from different types of mouse leukemia viruses. "This is thought to be a closely related family of viruses," Alter told reporters in a telephone briefing.

They found these genetic sequences in 32 of 37 samples, or 86.5 percent. While 6.8 percent of 44 healthy blood donors had such genes.

More study is needed to show if the viruses actually cause chronic fatigue syndrome and if perhaps blood donations need to be checked, Alter's team said. They will also need to try to find the whole virus in tissue samples -- not just genetic sequences.

It may be possible that chronic fatigue syndrome represents several different diseases, some of which are caused by the viruses, Alter said.

The search will not be easy, as the syndrome is not well defined and patients may often not even known they have it, or may not have been diagnosed.

"Although it is theoretically plausible that XMRV can be transmitted through blood transfusion, no such transmission event has been identified, and there is no known evidence of XMRV infection or XMRV-related illness in transfusion recipients," the FDA said in a statement.