In 2008, the Zambian government banned smoking in public places, relying on state police to enforce the prohibition. 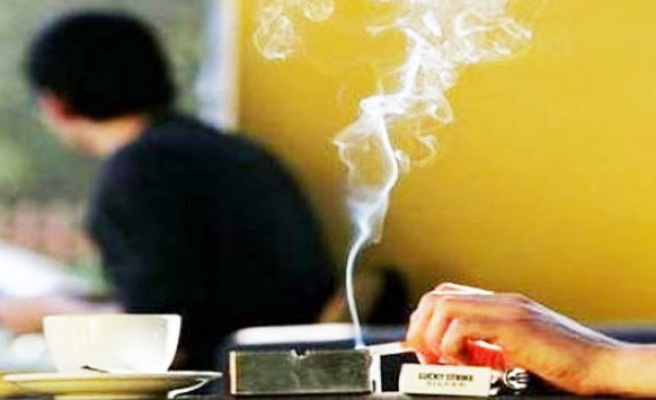 A new law in Zambia will allow local police officers to arrest and prosecute anyone found violating a recent ban on smoking in public places.

"One of the reasons why we have outlawed smoking in public places is that we desire to halt non-contagious disease associated with smoking," Local Government Housing Minister Emmanuel Chenda told Anadolu Agency in an exclusive interview.

"In order to achieve this goal, our new law will address issues not only related to the manufacturing of tobacco, but also the selling of tobacco products," he said.

He said the new legislation outlaws advertising and tobacco products that do not bear a disclaimer reading, "Smoking is harmful to health."

In 2008, the Zambian government banned smoking in public places, relying on state police to enforce the prohibition.

But Chenda said the referral of smokers to state police for prosecution had hindered implementation of the smoking ban.

"This made the implementation of the smoke ban slow. We did not have our own personnel to do the work, but this will be a thing of the past," he said.

"We have started training our own officers, who will be empowered by law to apprehend, arrest and prosecute people who violate the smoke ban," Chenda added.

He voiced hope that those enforcing the ban would appreciate the fact that smokers were victims who should be helped to kick the habit.

"We hope our officers will appreciate the magnitude of the tobacco epidemic and the impact it has on our society," Chenda said.

Chenda said his government would not relent in its fight against smoking, which he said took a heavy toll in terms of of non-communicable diseases.

"There is evidence… which shows that advertising, promotion and sponsorship bans will lead to a decrease in the number of smokers," he said. "This is also one of the most cost-effective ways to bring down the demand for tobacco."

He went on to assert that smoking had "grave economic, health and environmental consequences."

"It is our duty to utilize legal and policy tools to combat the use of tobacco-related products," Chenda said.

He stressed that his ministry was working around-the-clock to provide "No Smoking" signs for distribution at all public spaces – including bus stations, eateries and markets – as a means of promoting a smoke-free environment.

Chenda said Zambia was dealing with increasing numbers of non-communicable diseases due to rising tobacco consumption.

"This vice must therefore be fought with all the available weapons in the shape of provisions of the WHO framework convention on tobacco control, its protocols and implementation guidelines," he said.

He explained that the Zambian government was committed to continued capacity-building at all levels with a view to implementing the new Tobacco Control Act.

"We will strengthen enforcement and ensure that available legal avenues are utilized in posts where the routine is not adhered to," he said.