The strike action has brought the healthcare system to a near halt across the country, leaving hospitals and patients at the mercy of few consultants and other auxiliary health workers 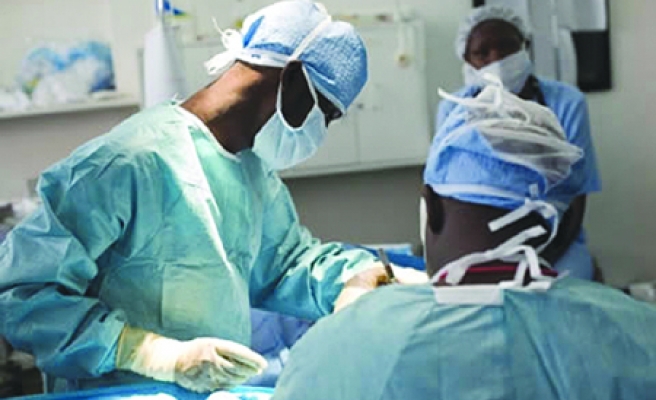 Resident doctors in Nigeria's state-run hospitals embarked Wednesday on an "indefinite strike" which their umbrella body said is aimed at ensuring prompt payment of salary arrears owed them by the government.

"It is not our wish to abandon our patients. But we have had enough of the government reneging on its pledge," Dr. Jubril Abdullahi, president of the National Association of Resident Doctors of Nigeria (NARD), told Anadolu Agency.

"It has failed to respond to our demands, as contained in the ultimatum that expired at the midnight of September 30," he added.

"Our members have not received salaries in for the last four months. Is that fair? Don’t we have families and dependents too?"

The strike action has brought the healthcare system to a near halt across the country, leaving hospitals and patients at the mercy of few consultants and other auxiliary health workers.

On Tuesday, Abdullahi directed NARD members to suspend their services until they receive further instructions from the association.

He said they were also protesting the poor funding of the residency program by the Federal Government.

Abdullahi said the doctors are uncomfortable with the government’s attitude in articulating a comprehensive guideline for residency training in the country.

He also accused the government of failing to address the irregularities in the implementation of the Integrated Payroll and Personnel Information System, a system recently designed to pay salaries of federal health workers.

I can't imagine a doctor will be working for months without salaries, he abandoned his families at night just to safe the lives of ordinary citizens still he is getting this reward, this happens only in Nigeria. God have mercy on us.