In the U.S., less than one in 100 newborns fall into that category, weighing in at less than 2.2 pounds at birth. 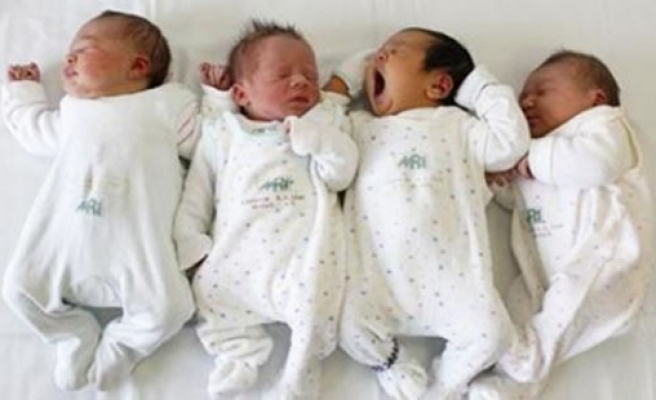 Although extremely small preemies are plagued by many health problems, a new study shows they have no more chronic ailments in store when they hit their teens.

But they did run into a problem that was common among their normal-birth weight peers: obesity.

"Other than obesity there is nothing new," said Dr. Maureen Hack, of the University Hospitals Rainbow Babies & Children's Hospital in Cleveland, Ohio.

Since the early 1990s, Hack, also at Case Western Reserve University, has followed a group of tiny preemies, which are known as extremely low-birth-weight (ELBW) children.

In the U.S., less than one in 100 newborns fall into that category, weighing in at less than 2.2 pounds at birth. Medical developments mean that nearly 80 percent of these babies now survive, Hack said.

But they have a number of health problems, which appear to stay with them throughout childhood, such as higher rates of learning and behavioral problems, low IQ, cerebral palsy and asthma.

Hack and her colleagues first assessed the kids when they were eight years old, and then tracked 181 of them after they turned 14.

The researchers found three-quarters of the kids had a chronic condition at age eight. The rate didn't change over the next six years, although kids generally had fewer problems in their teens.

By comparison, less than half of normal-birth-weight kids who went to the same schools had special health needs.

Preemies often have lung problems, and about 23 percent of the kids that Hack followed were taking asthma medications. That number didn't change either between eight and 14.

"The asthma rates won't increase, which is interesting because in normal children it increases in adolescence," Hack told Reuters Health.

Indeed, kids in the comparison group upped their use of asthma meds from eight percent to 17 percent between ages eight and 14.

The preemies caught up on growth over the six years -- all too well, in fact.

From an obesity rate of 12 percent at eight years, they landed at 19 percent at age 14, the same as their normal-birth-weight peers.

That sets them up for future heart disease and other problems, said Hack, adding that preemies, in particular, should avoid smoking when they're older, to spare their delicate lungs, and exercise more so they don't get too heavy.

"They must catch up to normal size, but not to obesity," she said.