According to new research a sprained ankle or strained knee might also affect how athletes perform on a computer-based test of attention, memory, and reaction time generally used to manage concussions. 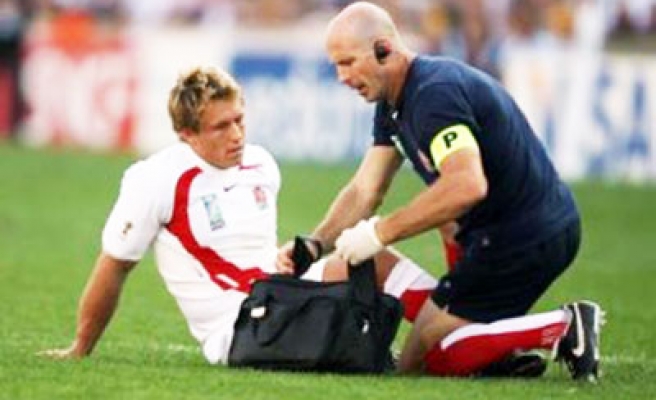 A blow to the head isn't the only injury that can make a football player a little slow and confused.

A sprained ankle or strained knee might also affect how athletes perform on a computer-based test of attention, memory, and reaction time generally used to manage concussions, according to new research.

That means trainers and team doctors should rely on talking to athletes about concussion symptoms when they're trying to decide the seriousness of a head injury -- not just on the computer-based test, researchers said.

"With every athlete when we evaluate them on the sidelines...it's getting an idea of what's going on with that player, how they're feeling, what symptoms they may have," said Dr. Mark Halstead, a sports doctor at Washington University School of Medicine in St. Louis, who wasn't involved in the new study.

When it comes to concussions, "that's what we rely on most with these athletes," he told Reuters Health.

Doctors have become increasingly concerned in recent years about the consequences of concussions, especially in young athletes.

The head injuries can cause dizziness, memory problems, and trouble paying attention, which usually goes away within a few weeks. But when athletes try to come back from the blow too quickly, they risk a rare but dangerous condition, called "second impact syndrome," which happens when someone sustains a second head injury before the first is completely healed.

One way that doctors manage concussions -- and decide when athletes are ready to return to play -- is by using a computer-based test that measures a person's speed and accuracy on word, symbol, and pattern problems. A poor performance on the test gives doctors a hint that the athlete might still be suffering the effects of a head injury.

For the current study, researchers at the University of Toronto gave the 20-minute computer test to 72 student-athletes, including football, hockey, and lacrosse players. Eighteen of those athletes had suffered a concussion in the past three days, and another 18 had been taken out recently by a muscle or tendon injury.

The other 36, used for comparison, were uninjured.

"It suggests that we need to take this testing with a grain of salt -- it isn't the end-all, be-all," Halstead said. "There may be some other factors that affect how someone performs on the test" besides how banged-up their brain is.

Those factors could include athletes' frustration with being injured, or other emotional responses to the injury, researchers led by Michael Hutchison explain in the American Journal of Sports Medicine. Another possibility, they said, is that the pain and discomfort from tendon or muscle injuries might actually make athletes think less clearly.

"If you have someone that has had a head injury, you can't automatically assume everything you find (on the test) is head-injury related," Hutchison told Reuters Health. "It requires a little bit of interpretation."

Halstead said the results aren't a huge surprise, and that the computer test is only one tool doctors use to monitor how someone's doing after a head injury. "We can certainly manage a concussion fine without it," he said.

The findings show the importance of "using the whole picture, rather than just a test." But Halstead added that because the study was relatively small, further research will be needed to get the "big picture" of how non-head injuries may affect thinking skills -- and what that means for the tools doctors use to manage concussions.