Fonterra, the world's biggest dairy exporter, said over the weekend that it had found bacteria in someproducts that could cause botulism. 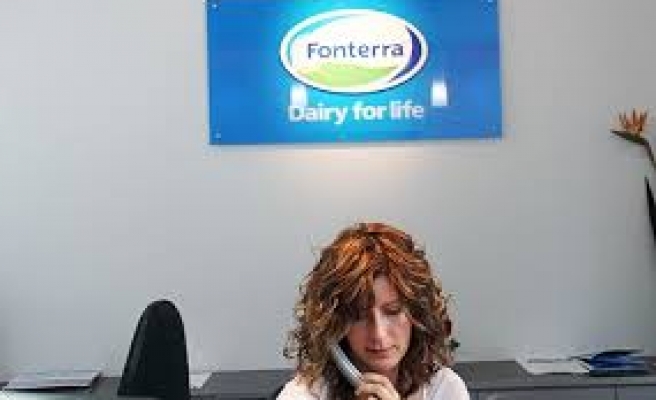 New Zealand's Fonterra apologised on Monday for a milk powder contamination scare in China that has raised safety concerns that threaten New Zealand's $9 billion annual dairy trade and Fonterra's own business in a top market.

Fonterra, the world's biggest dairy exporter, said over the weekend that it had found bacteria in someproducts that could cause botulism. It said contaminated whey protein concentrate had been exported to China, Malaysia, Vietnam, Thailand and Saudi Arabia and used in products including infant milk powder and sports drinks.

At a media briefing in Beijing after hurriedly flying to deal with the fallout in one of its largest markets, Fonterra's chief executive, Theo Spierings, said food safety was the company's top priority.

"We really regret the distress and anxiety which this issue could have caused," he said. "We totally understand there is concern by parents and other consumers around the world. Parents have the right to know that infant nutrition and other dairy products are harmless and safe."

The company was not facing a ban on its products in China, only restrictions on whey proteinconcentrate, he said, adding that 38 metric tons of whey protein concentrate were contaminated, of which 18 metric tons were used in its own factories in Australia and New Zealand to produce milk formula for two customers.

In China, Spierings said that products from two companies, Coca-Cola Co and Chinese food firmWahaha, are safe because any bacteria would be killed during processing. Protein drinks made by Auckland-based Vitaco Health Group Ltd, another Fonterra customer, were also unaffected for the same reason.

A third company in China, Dumex Baby Food Co Ltd, a subsidiary of France's Danone, has told Fonterrathat 12 batches could have been affected, he said. Half have been recalled as a precautionary measure and the other half remain in factories.

"None of the products tested by Dumex in China have reported problems," Spierings said. "There have been no customer complaints."

Products exported to China under the Karicare brand by another Danone subsidiary, Nutricia, do not contain the contaminated whey protein concentrate, he said.

Fonterra is a major supplier of bulk milk powder products used in infant formula in China but it had stayed out of the branded space after Chinese dairy company Sanlu, in which it had held a large stake, was found to have added melamine - often used in plastics - to bulk up formulas in 2008.

Spierings said the latest problem originated in a pipe in an factory in New Zealand that was seldom used, so a normal cleaning was not sufficient to sanitise it.

Fonterra discovered in March that some whey protein concentrate, produced and sold to customers in May 2012, was contaminated. It immediately began testing, but as most of the bacteria's strains are benign, the company did not find the harmful strain until July. Customers were informed on July 31, Spierings said.

"The supply chain for infant nutrition powder takes a long time with many steps," he said.

Initial tests in 2012 did not uncover the harmful bacteria, Spierings said, but a more thorough round of testing in March did.

The affected plant was closed for cleaning after the possibility of a problem was discovered, Spierings said. He said the problem was isolated to that factory, and he was confident all contaminated productshad been found.

China has restricted New Zealand imports of whey products, but Spierings said he expected the curbs will be lifted as soon as the company furnishes a detailed explanation of what went wrong to Chinese regulators early this week.