Rates of oesophageal cancer in men have risen by 50 percent in Britain in a generation, scientists said 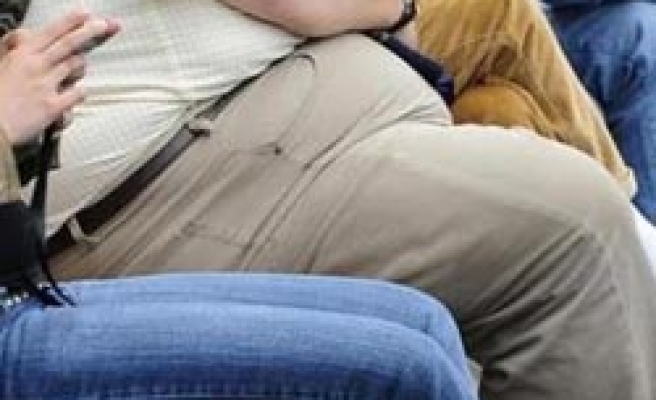 Rates of oesophageal cancer in men have risen by 50 percent in Britain in a generation, an increase that is probably being driven in part by growing rates of obesity and poor diet, scientists said on Saturday.

As the "fat man of Europe", Britain is seeing far higher rates of a type of oesophageal cancer called adenocarcinoma, which is related to obesity and eating a high saturated fat diet, researchers with the charity Cancer Research UK said.

"We think the obesity epidemic may be a big reason behind the increase. We know that being overweight significantly increases the risk of adenocarcinoma -- the main type of oesophageal cancer that's on the up," said Janusz Jankowski of Barts & The London School of Medicine & Dentistry, whose research was backed by the charity.

"Our changing diets are also likely to be influencing the rise, with people eating less fruit and vegetables."

In a telephone interview, Jankowski said adenocarcinoma rates in Britain were now among the highest in the world, including the United States, suggesting genetic factors, as well as obesity rates, may be having an influence.

"If you look at people who get this adenocarcinoma type of cancer, it seems to be mainly Anglo Saxon males," he said, whereas black populations appear to have lower rates.

Jankowski and colleagues are expecting to publish the results of research into the genetic factors that may be behind the causes of the disease within the next 6 months.

"Then we may have an answer on whether it is nature or nurture. I suspect it will be a combination, but the question is whether it is skewed one way or the other," he said.

Lesley Walker, director of cancer information at the charity, said the figures were particularly worrying because oesophageal cancer is very difficult to treat.

In Britain, only 8 percent of people with the disease survive at least five years.