One in 10 Americans have taken drugs prescribed for others

Prescription drug misuse has reached epidemic levels and it is now the second most abused category of drugs in the United States, after marijuana, according to a survey conducted for the U.S. government. 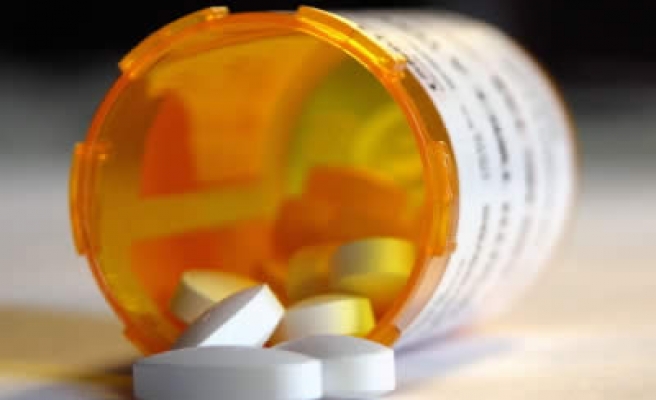 Kurt is a 32-year-old IT systems administrator from Des Moines, Iowa. He has a colleague who had been prescribed "ridiculous amounts" of Vicodin for a chronic back problem.

His colleague offered him some of the pills. Soon Kurt was taking them three to four times a week to get high and relax.

"I had been prescribed Vicodin before so I knew the effects," he said. "I would come home, take a couple and pour myself a drink, to help me unwind."

He is not alone. One in 10 Americans admit taking a prescription drug they have not been prescribed, and a quarter of those people have used them just to get high, according to an ongoing Reuters/Ipsos poll.

While about six in ten Americans who used another person's prescriptions did so for pain relief, a fifth took them to sleep or to manage stress and anxiety, the poll showed.

Kurt said his colleague would give him between thirty and forty pills at a time. Usually he would take the Vicodin while alone, but he occasionally shared the pills with friends during an evening out.

After eighteen months he finally kicked the habit. "I just felt like I was using too frequently," he said.

Prescription drug misuse has reached epidemic levels and it is now the second most abused category of drugs in the United States, after marijuana, according to a survey conducted for the U.S. government.

Pharmacies in the United States dispensed more than 4 billion prescriptions in 2012, according to IMS Health, a healthcare research firm.

The poll indicated it is not difficult to get hold of such drugs even without a prescription. About two thirds of those who used other people's prescribed drugs were given them by a family member, friend or acquaintance, the poll showed. Only about 14 percent were either taken without permission or purchased.

For some, using other people's prescription drugs is a way to save on healthcare costs.

For the last two years Megan, 28, has had no health insurance after losing a job working in a hotel inEugene, Oregon.

When she began having muscle pain around her hip last year, she sought help from her mother, not her doctor.

Her mother had recently been involved in a car accident and had been prescribed Flexeril and Vicodin for neck pain, some of which lay unused. Megan took one of each.

"Had I had insurance, I would just have gone to the doctor, but I didn't and if you go into the emergency room they just look at you like you are a drug addict looking for your next fix," she said.

Dr. Wilson Compton, a division director at the National Institute on Drug Abuse, says dosage levels of prescription drugs are particular to an individual's specific needs and warns against taking a medicine that has not been prescribed.

"Simply because it's a medicine that comes from a pharmacy does not mean it is without risk," he said. "There's a reason they require a prescription."

These results were taken from the ongoing Reuters/Ipsos online poll and include the responses of 6,438 adult Americans between July 24th and August 12th. The credibility interval, a measure of precision, for these results is plus or minus about 1.4 percentage points.

The prescription drug use questions in this story are part a polling project that began in January 2012, surveying about 11,000 people a month since. More information on these questions and hundreds of others asked since the poll started can be found at polling.reuters.com.