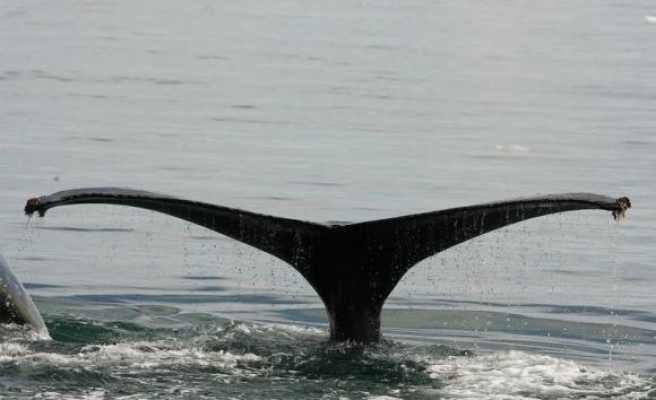 Opposition to Japan's whaling programme is a kind of "eco-imperialism" that imposes one value system on another and is based on emotion, not science - much the way killing elephants is now opposed, Japan's top whaling official said on Wednesday.

Tokyo last week unveiled plans to resume whale hunting in the Southern Ocean in 2015-2015 despite an international court ruling that previous hunts were illegal, although it also slashed the quota for the so-called scientific whaling programme.

Joji Morishita, Japan's commissioner to the International Whaling Commission, said the new proposal, which calls for taking 333 minke whales instead of 900, is Tokyo's latest attempt to pursue sustainable whaling according to scientific principles.

"The whaling issue is seen as a symbol of a larger issue sometimes in Japan... You might have heard the word 'eco-imperialism'," Morishita told a news conference.

"When you go out and ask ordinary Japanese about the whaling issue, they're going to say 'I don't eat whale meat, however I don't like the idea of beef-eating people or pork-eating people saying to Japanese, stop eating whales."

The International Court of Justice (ICJ) ruled earlier this year that Japan's decades-old whale hunt should stop, and Tokyo canceled its Antarctic hunt in resposne. It carried out a scaled-down version of its Northern Pacific hunt this summer.

Japan has long maintained that most whale species are not endangered and that eating whale is a cherished part of its food culture. It began what it calls scientific research whaling in 1987, a year after an international moratorium began.

Japan's situation resonates with some developing nations, Morishita said, adding that while elephants are indeed in danger in some parts of Africa, nations where they are numerous face a similar dilemma when they want to pursue sustainable use.