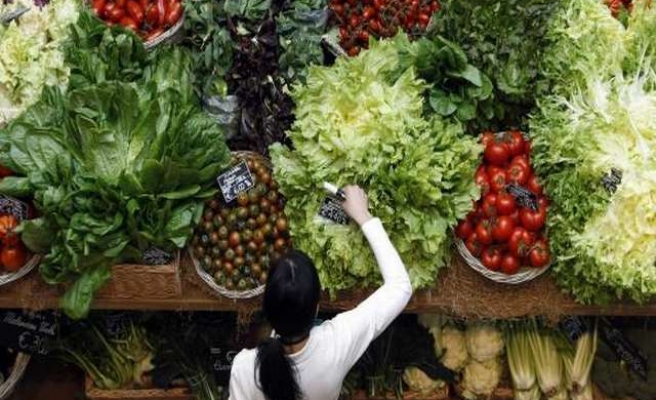 World Bulletin/News Desk
Pesticide residues were found within legal limits in 97 percent of foods in the European Union, a European Commission agency said in a report on Thursday.

The European Food Safety Authority analyzed samples from across the European area.

Pesticides, intended to kill insects or other undesirable creatures, are potentially toxic for human beings. In large concentrations, pesticides can cause inability to breathe, chemical burns, loss of reflexes, and twitching. Pesticide poisoning can even be fatal, according to the Canadian Centre for Occupational Health and Safety.

The foods with the lowest rates were peas without pods and olive oil (both 0.1 percent), wheat (0.7 percent) and bananas (0.7 percent). There were no detections of pesticide residues within legal limits in either orange juice or in animal products (butter and chicken eggs), according to the agency.

However, the agency reported: "The presence of pesticide residues in food in 2012 was unlikely to have a long-term effect on consumer health.’’

''For short-term exposure to pesticide residues, a risk could not be excluded for about 0.02% of the samples if these foods were eaten in high quantities,'' the report warned.