In the study of 50 non-small cell lung cancer patients with a rearrangement of the ROS1 gene, Xalkori treatment led to significant tumor shrinkage in 36 of them, or 72 percent, and halted tumor growth in an additional 9 patients. 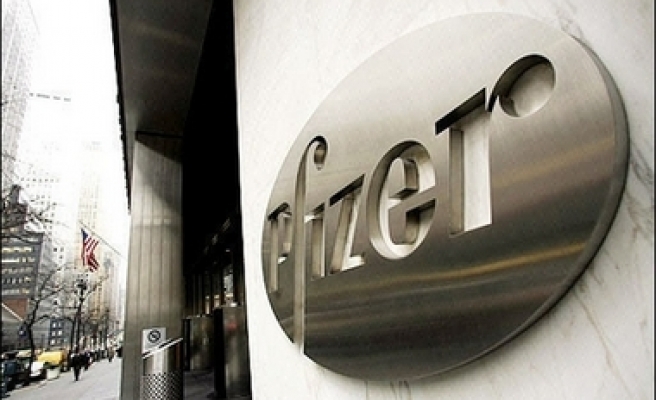 Pfizer Inc's Xalkori, which treats lung cancer patients with a specific gene mutation, proved effective in shrinking tumors in those with an even rarer form of the disease, according to data presented at a medical meeting on Saturday.

In the study of 50 non-small cell lung cancer patients with a rearrangement of the ROS1 gene, Xalkori treatment led to significant tumor shrinkage in 36 of them, or 72 percent, and halted tumor growth in an additional 9 patients, researchers reported.

Xalkori, known chemically as crizotinib, was approved to treat patients with a mutation of the ALK gene, along with a companion diagnostic test to identify those with the mutation, which accounts for about 4 percent of non-small cell lung cancers (NSCLC). About 1 to 2 percent of NSCLC patients are believed to be ROS1 positive - the result of a fusion of two genes that are usually separate.

"This is the first definitive study to establish crizotinib's activity in a large group of patients with ROS1-positive lung cancer and confirms that ROS1 is a bona fide therapeutic target in those patients," Dr. Alice Shaw, the study's lead investigator from the Massachusetts General Hospital Cancer Center in Boston, said in a statement.

The average duration of response to the oral drug taken twice daily was 17 months, and half of the patients were still receiving treatment with no evidence of tumor progression, researchers said.

"The remissions induced by crizotinib in ROS1-positive patients are quite prolonged, and (treatment) resistance appears to emerge much later, on average, than what we have seen with other targeted therapies for lung cancer and melanoma," Shaw said.

The study was presented at the European Society for Medical Oncology (ESMO) meeting in Madrid and published in the New England Journal of Medicine.

Advances in diagnostic tools and the understanding of human genetics have enabled doctors to identify patients with the ROS1 mutation.

"This is a great example of success in personalized medicine," said Dr. John Iafrate, medical director of Massachusetts General's Center for Integrated Diagnostics and one of the study's leaders. He called the results "incredibly important for ROS patients."

While ROS1-positive NSCLC patients are rare, Iafrate said, "if you devote the diagnostic laboratory resources to find that 1 to 2 percent of patients, you will make a real difference."

Xalkori is not yet approved to treat ROS1-positive patients.

"Pfizer continues to support clinical research of Xalkori in patients with ROS1 rearrangements to better understand the compound's activity in this population," the company said in a statement.

There are an estimated 1.5 million new cases of NSCLC worldwide each year.