Previously, preemies were believed to go on to have normal death rates once they have survived their early years. 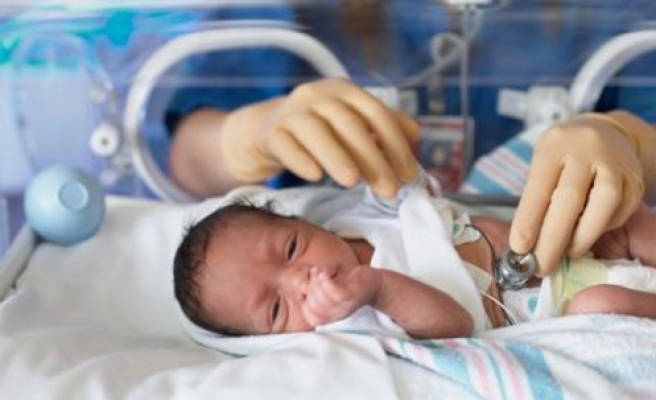 Health problems are common among premature babies, who are more likely to die than their full-term peers during the first few years of life -- and they may also face slightly increased death rates as young adults, a study said."

This is an entirely new finding," said Casey Crump of Stanford University, whose findings are published in the Journal of the American Medical Association.

"Even people born just a couple of weeks early had an increased risk of mortality."

Previously, preemies were believed to go on to have normal death rates once they have survived their early years.

Crump, though, said the results, based on Swedish data, should not cause undue alarm.

"The absolute mortality was still less than one per 1,000 people per year, so it's very low," he added.

They found that children born before 37 weeks of pregnancy were much more likely to die before age five than others. That link disappeared in late childhood and adolescence, but then re-emerged in early adulthood -- from 18 to 36 years.

"It appears that some of these causes have a long period of development," Crump said.

According to Crump, between 12 and 13 percent of babies in the U.S. are now born preterm, and the rate of survival has risen fast over the past few decades.

"I think it's important to be aware of the potential for an increased risk of various health problems through the life course," he said.

"It will be important for survivors of preterm birth to get regular health checkups and screening, and to avoid smoking and obesity to offset those risks."