Prescription drugs poisonings up in kids

The findings show that powerful painkillers and sedatives including sleep aids and muscle relaxants are behind much of that rise. 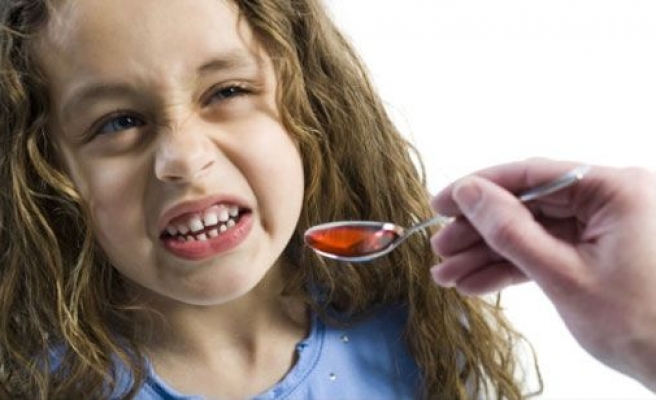 More and more kids are showing up in the emergency room after accidental poisoning from prescription drugs, according to new research.

The findings show that powerful painkillers and sedatives including sleep aids and muscle relaxants are behind much of that rise, and that the poisonings usually occur when kids get into medications themselves -- not when parents give them too much by mistake.

"This new study is a bit alarming," said Dr. Michael Rieder, a pediatrician and pharmacology researcher at the University of Western Ontario in Canada who wasn't involved in the research.

"I think people have been under the assumption that the rate of poisoning (in kids) is fairly stable," he told Reuters Health. "Our assumption is wrong."

"The big thing to take away from this is we need to do a better job of keeping children and medicines away from each other in the home," said Dr. Eric Lavonas, from the Rocky Mountain Poison and Drug Center in Denver, also not linked to the new work.

Researchers led by Dr. G. Randall Bond, from the Cincinnati Children's Hospital Medical Center in Ohio, gathered data from all calls made to U.S. poison control centers from emergency rooms after kids had accidentally swallowed a medication.

Most kids who went to the ER didn't end up being sick. Still, there were 66 deaths during the study period, according to findings published in The Journal of Pediatrics.

Over that time, the number of kids landing in the ER with accidental poisoning jumped 30 percent, and hospitalizations and injuries also became more common.

That's likely because the number of prescription drugs people have at home -- including opioid painkillers, and diabetes and blood pressure medications -- has spiked recently, researchers agreed.

"Whenever you put medicines into hundreds of millions of homes, somebody's child is going to get into it," Lavonas told Reuters Health.

The most common reason for an ER visit was kids getting into a prescription medication on their own. Drugs such as sedatives and opioid painkillers, including oxycodone, as well as heart drugs caused the most visits of the prescription drugs.

The rate of hospital admission and injury after accidental poisoning was highest for long-acting diabetes drugs. Half of kids who took those drugs were kept for observation, and one in five had a moderate or serious injury as a result.

Bond said medicines that are available today are more potent than in the past, meaning a single dose could pose more of a danger to a young child.

Parents have to be extra careful about where they store their medications when kids are as young as nine months old, Rieder said.

As a society, he said, "I think we've become a bit complacent" about having drugs around and accessible.

Lavonas said a few simple rules can help prevent an accidental poisoning. "Store all medicines, including adult medicines and children's medicines, up and away," he said. "Number two, put the medicine away every time you take it out."

If a child does get into medication, "It's important to call poison control," he said.

Bond added that making that call could cut down on a lot of unnecessary trips to the ER for kids who will be fine after taking not much of a pretty safe medicine.

If your child does need medical care, Lavonas said, poison control can determine how urgent it is. They can also walk parents through emergency first aid, he added.