In recent months, Ebola – a tropical fever that first appeared in 1976 in Sudan and the Democratic Republic of Congo (DRC) – has claimed more than 2,200 lives in West Africa. 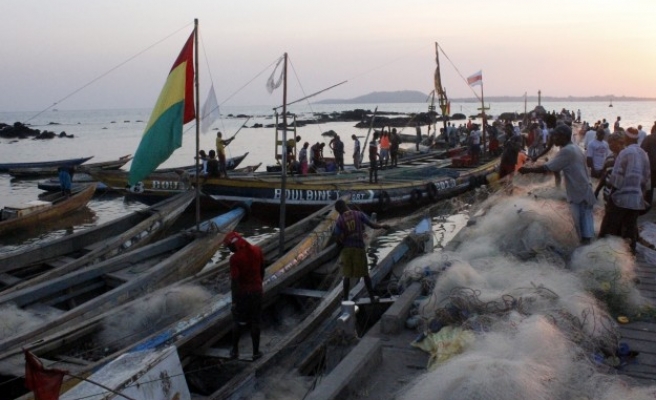 Using prayer, fasting and awareness campaigns, Guinean religious leaders are pitching in to fight the current Ebola outbreak, the deadliest health epidemic to hit West Africa in the past 40 years.

Sheikh Mohamed Lamine Diallo, who represents religious leaders in a government-appointed committee tasked with fighting Ebola, has brought together a number of Muslim and Christian preachers who are touring the country to raise awareness about the virus, for which no cure yet exists.

"We go on regular trips across the country to help provide more information on hygienic measures to avoid infection," Diallo told Anadolu Agency.

"In our sermons in mosques and churches, we talk about the Ebola virus," he added.

Diallo realizes that he and his fellow preachers are in an "unenviable" situation.

In recent months, Ebola – a tropical fever that first appeared in 1976 in Sudan and the Democratic Republic of Congo (DRC) – has claimed more than 2,200 lives in West Africa.

Of these, 555 were from Guinea, according to the latest figures from the U.N.'s World Health Organization (WHO).

He said the government-appointed committee planned to organize training sessions on Ebola awareness for 600 religious preachers in capital Conakry, where the committee would organize public rallies to help fight the virus.

"Everything that happens is God's will; in this test from the Almighty Allah, religious leaders are taking part in fighting the virus," Diallo said.

"Today, every Guinean must take part in the battle against Ebola like a real soldier," he added, noting that Ebola treatment and vaccinations were still in the experimental stage.

"Our main weapon is precaution," Diallo asserted. "It's true there are vaccines being tested, but 'better safe than sorry,' as they say."

"Everything is written in the holy book of Islam, the Quran," said the sheikh. "We just have to return to its principles, which promote healthy rituals and closeness to God, strengthened by prayer and fasting."

But he went on to stress that "the government, citizens and religious leaders should work together so that life in Guinea can go back to normal."

The WHO has described Ebola as "one of the most virulent" viruses in the world.

The tropical fever can be transmitted to humans from wild animals. It also reportedly spreads through contact with the body fluids of infected persons or of those who have died of the disease.

Most recent Ebola deaths have been registered in Sierra Leone, Guinea and Liberia, with a handful also reported in Nigeria and the DRC.