The World Health Organization and leading global health specialists have criticised Saudi Arabia for failing to properly investigate the causes of MERS. 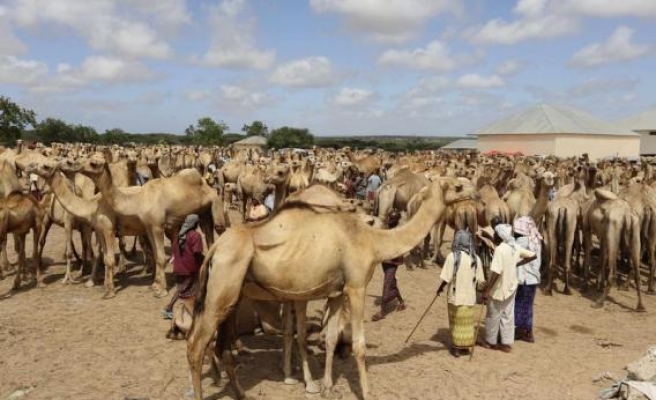 Saudi Arabia has not yet traced the source of a mysterious camel virus, leaving many questions about a disease that has killed 346 people in the Kingdom.

The lack of scientific evidence about how camels contract the virus, which causes an often fatal illness called Middle East Respiratory Syndrome (MERS) in people, echoes wider concerns about the threat posed to human health by animal-borne pathogens, including the Ebola virus.

There is no cure or vaccine for MERS -- a severe respiratory disease which causes cough, fever, breathing problems and can lead to pneumonia and kidney failure.

Yet studies of both camels and people infected with MERS in Saudi Arabia have given preliminary results that are helping authorities curb the disease's spread, according to the scientist overseeing the work.

"Coming into close contact with the nasal secretions of camels is a major risk factor," said Tariq Madani, head of the scientific advisory board of the Saudi health ministry command and control centre (CCC) set up in June to handle the outbreak.

"The main transmission is actually human to human," he told Reuters in a telephone interview.

MERS was first identified in humans in 2012 and is caused by a coronavirus from the same viral family as the one that caused a deadly outbreak of SARS in China in 2003. Some 808 people in Saudi Arabia are known to have been infected with it since it was discovered, and 346 of them have died.

The World Health Organization and leading global health specialists have criticised Saudi Arabia for failing to properly investigate the causes of MERS.

Critics said Saudi delays contributed to the virus taking hold and spreading via travellers to some 20 countries around the world.

Madani, who was appointed after the former Saudi health minister and his deputy lost their jobs amid discontent about their handling of the outbreak, said analysis showed most people were infected in hospitals.

"We found out that 97 percent of the cases were healthcare associated," he said. "And 3 percent of them were primary cases who probably acquired the infection from contact with camels."

Tighter infection controls in hospitals have contributed to a significant drop in cases recently, but he warned sporadic primary cases will still pop up.

Tests of nasal and rectal swabs from camel imports arriving from the Horn of Africa -- the source of the majority of camels traded and farmed in Saudi -- found no traces of the MERS virus, Madani said, with 71 animals tested so far.

"Until now the camels we have examined have proven to be negative -- and this is really very unexpected," he said.

Asked whether this suggested the camels were being infected within Saudi Arabia's borders, Madani said it was too early to reach conclusions, but said tests on imported camels will continue alongside studies of wild animals such as bats and monkeys that may also be harbouring the virus.

Meanwhile, studies of 12 camels with which MERS patients had had contact showed six had the virus circulating in their noses, but tests of their milk and urine were virus-free -- suggesting the risk to humans from drinking camel milk is far lower than from direct contact with nasal secretions.

Another study found that among a group of 36 workers in a camel slaughterhouse, 58 percent had MERS antibodies -- indicating they had been infected with it at some point.

"None of them recalls having a severe infection or pneumonia," Madani said. "And this indicates that you get some sort of immunity as a result of repeated exposure to camels and the virus."