Tests to identify those at highest risk are expected to be available within a few years, according to Cancer Research UK, and may lead some women to decide to have their ovaries removed in order to beat the disease. 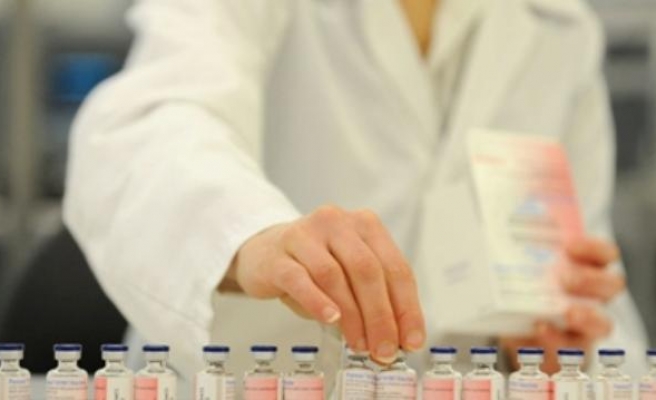 Women who carry a faulty copy of a gene called RAD51D have an almost one in 11 chance of developing ovarian cancer, scientists said on Sunday in a finding they called the most significant ovarian cancer gene discovery for more than 10 years.

Tests to identify those at highest risk are expected to be available within a few years, according to Cancer Research UK, and may lead some women to decide to have their ovaries removed in order to beat the disease.

The finding should also speed the search for new drugs.

Data released in May showed that one of these, AstraZeneca's olaparib, was able to slow the progression of ovarian cancer in a mid-stage clinical trial.

For the latest study, researchers from Britain's Institute of Cancer Research compared the DNA of women from 911 families with ovarian and breast cancer to DNA from a control group of more than 10,000 people from the general population.

They found eight faults in the RAD51D gene in women with cancer, compared with only one in the control group.

"Women with a fault in the RAD51D gene have a one in 11 chance of developing ovarian cancer," said Nazneen Rahman of the Institute of Cancer Research and The Royal Marsden in London, who led the study and published its findings in the journal Nature Genetics.

Ovarian cancer can remain hidden for a long time and thus is often not discovered until it is advanced.

An estimated 230,000 women worldwide are diagnosed with ovarian cancer each year. Most are not diagnosed before the cancer has spread, and up to 70 percent of them die within five years.

Because of this, Rahman said, women with the faulty gene may decide their best option is to have their ovaries removed after they have children -- particularly if they have already seen other family members die of the disease.

Speaking to Reuters in a telephone interview she said the identification of RAD51D pointed to PARP inhibitors as a new class of drugs that might offer fresh hope. Initial tests in the laboratory found that cells with faulty RAD51D were highly sensitive to this class of drugs.

"PARP inhibitors work because they were designed to target DNA repair pathways," she said. "They haven't been used in patients in that context yet but we would predict they would behave in the same way."