A new superbug could spread around the world after reaching Britain from India and scientists say there are almost no drugs to treat it. 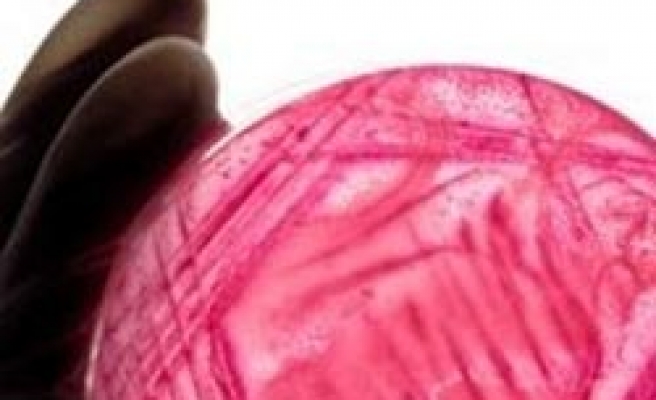 A new superbug could spread around the world after reaching Britain from India -- in part because of medical tourism -- and scientists say there are almost no drugs to treat it.

Researchers said on Wednesday they had found a new gene called New Delhi metallo-beta-lactamase, or NDM-1, in patients in South Asia and in Britain.

NDM-1 makes bacteria highly resistant to almost all antibiotics, including the most powerful class called carbapenems, and experts say there are no new drugs on the horizon to tackle it.

With international travel in search of cheaper healthcare increasing, particularly for procedures such as cosmetic surgery, Timothy Walsh, who led the study, said he feared the new superbug could soon spread across the globe.

"At a global level, this is a real concern," Walsh, from Britain's Cardiff University, said in telephone interview.

"Because of medical tourism and international travel in general, resistance to these types of bacteria has the potential to spread around the world very, very quickly. And there is nothing in the (drug development) pipeline to tackle it."

Almost as soon as the first antibiotic penicillin was introduced in the 1940s, bacteria began to develop resistance to its effects, prompting researchers to develop many new generations of antibiotics.

But their overuse and misuse have helped fuel the rise of drug-resistant "superbug" infections like methicillin-resistant Staphyloccus aureus (MRSA).

In a study published in The Lancet Infectious Diseases journal on Wednesday, Walsh's team found that NDM-1 is becoming more common in Bangladesh, India, and Pakistan and is also being imported back to Britain in patients returning after treatment.

"India also provides cosmetic surgery for other Europeans and Americans, and it is likely NDM-1 will spread worldwide," the scientists wrote in the study.

For many years, antibiotic research has been a "Cinderella" sector of the pharmaceuticals industry, reflecting a mismatch between the scientific difficulty of finding treatments and the modest sales such products are likely to generate, since new drugs are typically saved only for the sickest patients.

Walsh and his international team collected bacteria samples from hospital patients in two places in India, Chennai and Haryana, and from patients referred to Britain's national reference laboratory between 2007 and 2009.

They found 44 NDM-1-positive bacteria in Chennai, 26 in Haryana, 37 in Britain, and 73 in other sites in Bangladesh, India, and Pakistan. Several of the British NDM-1 positive patients had recently travelled to India or Pakistan for hospital treatment, including cosmetic surgery, they said.

Most worryingly, NDM-1-producing bacteria are resistant to many antibiotics including carbapenems, the scientists said, a class of the drugs often reserved for emergency use and to treat infections caused by other multi-resistant bugs like MRSA and C-Difficile.

Experts commenting on Walsh's findings said it was important to be alert to the new bug and start screening for it early.

"If this emerging public health threat is ignored, sooner or later the medical community could be confronted with carbapenem-resistant (bacteria) that cause common infections, resulting in treatment failures with substantial increases in health-care costs," Johann Pitout from the University of Calgary in Canada wrote in a commentary in same journal.