Ebola is one of the most deadly infections known, killing 90 percent of people infected by it. 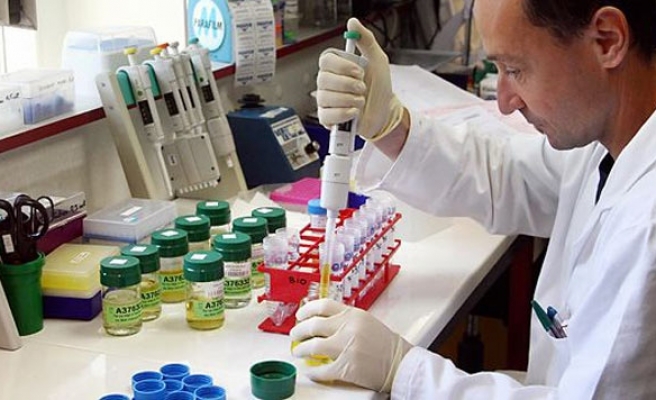 A protein that helps transport cholesterol inside cells may be a key to developing drugs to treat Ebola, a rare but lethal virus for which there are no known treatments, U.S. researchers said.

Laboratory mice bred to produce low levels of this protein, known Niemann-Pick C1, survived exposure to both Ebola, which causes a hemorrhagic fever, and its cousin, Marburg virus.

"This research identifies a critical cellular protein that the Ebola virus needs to cause infection and disease," said Sean Whelan of Harvard Medical School, who worked on one of two studies published on Wednesday in the journal Nature.

"The discovery also improves chances that drugs can be developed that directly combat Ebola infections," Whelan said in a statement.

Ebola is one of the most deadly infections known, killing 90 percent of people infected by it.

It first emerged in 1976 in villages along the Ebola River in the Sudan and the Democratic Republic of the Congo, and is usually fatal in humans and in other primates such as monkeys, gorillas and chimpanzees.

So far, there have been about two dozen Ebola outbreaks in Africa.

No one knows how the virus is spread, and there are no available vaccines or anti-viral drugs that fight the infections.

But the new research suggests the virus has a weakness in the form of a well-known protein called Niemann-Pick.

People who have two abnormal copies of this protein develop Niemann-Pick disease, in which cells of the spleen, liver and brain become clogged up with cholesterol.

But this same protein also appears to be the key pathway Ebola uses to get deep inside cells.

"What we showed is this virus needs this protein," Kartik Chandran, of Albert Einstein College of Medicine in New York, said in a telephone interview.

"Mice that have less of this protein are very resistant to being killed by Ebola and the Marburg virus," said Chandran, who worked with researchers at Harvard, the U.S. Army Medical Research Institute of Infectious Diseases and the Whitehead Institute for Biomedical Research.

Chandran's work focused on the mechanism used by Ebola to gain access to cells.

But a compound he helped discover in 2005 as a young researcher working in the lab of James Cunningham at Harvard has shown promise in blocking the Niemann-Pick protein in human cells, according to a separate paper led by Cunningham and co-authored by Chandran.

"Essentially, they were able to show this compound can block infection by the virus," Chandran said of Cunningham's team.

The compound has not yet been tested in mice, and would still need to show it is effective in non-human primates.

People with Niemann-Pick disease have two abnormal copies of the gene that make this protein, but the mice used in Chandran's lab only had one working copy of this gene, suggesting that simply reducing the amount of the Niemann-Pick protein may help protect people from the virus.

Besides, Chandran said, most outbreaks are short-lived, so treatment would be needed for only a short time.

The researchers are optimistic that this new understanding of how Ebola gets into cells may eventually lead to treatments. But he acknowledges it will take many years, and possibly even a decade, before treatments would be available for human use.