Scientists monitor huge iceberg that broke off from Antarctica 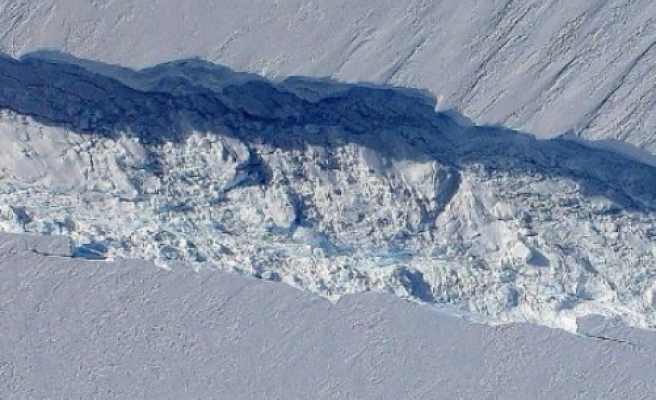 Scientists are monitoring an iceberg roughly six times the size of Manhattan - one of the largest now in existence - that broke off from an Antarctic glacier and is heading into the open ocean.

NASA glaciologist Kelly Brunt said on Wednesday the iceberg covers about 255 square miles (660 square km) and is up to a third of a mile (500 meters) thick. Known as B31, the iceberg separated from Antarctica's Pine Island Glacier last November, Brunt added.

"It's one that's large enough that it warrants monitoring," Brunt said in a telephone interview, noting that U.S. government organizations including the National Ice Center keep an eye on dozens of icebergs at any given time.

The iceberg's present location is not in an area heavily navigated by ships.

"There's not a lot of shipping traffic down there. We're not particularly concerned about shipping lanes. We know where all the big ones are," she said.

Scientists are especially interested in this iceberg not only because of its size but because it originated in an unexpected location, said Brunt.

"It's like a large sheet cake floating through the Southern Ocean," she added.

The glacial crack that created the iceberg was first detected in 2011, according to Brunt, a scientist with NASA Goddard Space Flight Center and Morgan State University in Maryland.

Pine Island Glacier has been closely studied over the past two decades because it has been thinning and draining rapidly and may be an important contributor to sea level rise, scientists say.

They say the iceberg has floated across Pine Island Bay, a basin of the Amundsen Sea, and will likely be swept up soon in the swift currents of the Southern Ocean.

"We are doing some research on local ocean currents to try to explain the motion properly. It has been surprising how there have been periods of almost no motion, interspersed with rapid flow," iceberg researcher Grant Bigg of the University of Sheffield in England said in a statement from NASA Earth Observatory.

"There were a couple of occasions early on when there might have been partial grounding or collisions with the sea floor, as B31 bounced from one side of the bay to the other," Bigg said.