A device may be able to automatically screen young children for autism based on how they talk, U.S. researchers said. 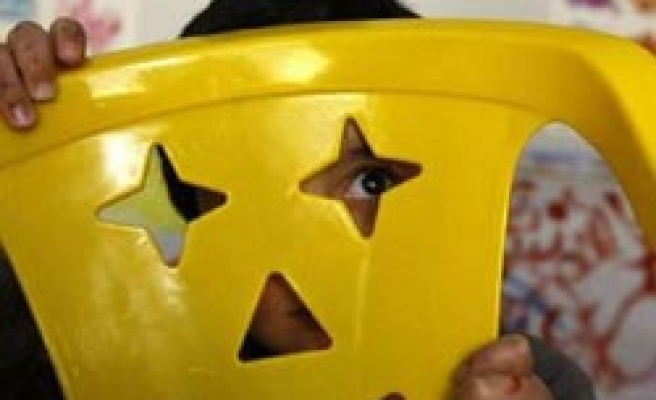 A device may be able to automatically screen young children for autism based on how they talk, U.S. researchers said on Monday.

The small recorder fits into a child's pocket and analyzes the words the child says during the day, and a software program evaluates how the child makes certain sounds.

A team of researchers led by Kimbrough Oller of the University of Memphis analyzed more than 3 million syllabic utterances, collected from almost 1,500 all-day recordings from 232 children aged 10 months to 4 years.

The program correctly identified an existing autism diagnosis 86 percent of the time. The analysis also predicted the age of a typically developing child, said the study published in the journal Proceedings of the National Academy of Sciences.

"Although clinicians have been saying for many years that they think that autistic kids sound strange when they talk, there's been no practical way to use vocalization as a part of the diagnostic or screening procedure in working with autism," said Oller, professor of audiology and speech-language pathology.

The tests were conducted in English, but Oller said the technique may apply to other languages. "It hasn't actually been tried yet, but there's every reason to think it should," he said.

Doctors now diagnose autism by testing children for a range of behavioral and speech issues including how much they talk by a certain age and whether they make eye contact with other people.

"Autism is a multi-factoral disorder and it has many behavioral dimensions to consider. And vocalization is clearly an important one," said Oller. "But I certainly don't think it should be used exclusively."

Oller, who studies language learning and language evolution, has identified how the formation of different syllables changes during a child's first four years.

Instead of saying "ba" as part of a longer word, for instance, a young child might at first say "ba-a," with "sort of a staccato or tremor kind of pattern," said Oller. The speech development of autistic children does not follow those typical patterns, the analysis shows.

The software distinguishes among speakers and processes sounds made only by the child being studied. The day-length recordings enable the researchers to examine a child's natural speech.

Parents send the recorder back to the company after the child has worn it for a day and the company analyzes the recording for language development progress and autism.

Infoture Inc developed the device and the software. The company dissolved in February 2009 and was reconstituted as the LENA Foundation, a not-for-profit organization, which continues to fund the research. The foundation sells the device along with clothing with a pocket to hold the recorder.

Oller received consultation fees from Infoture before it dissolved and several of the other researchers are employees of the LENA Foundation.