Corruption in China's pharmaceutical industry remains widespread, fuelled in part by low base salaries for doctors at the country's 13,500 public hospitals. 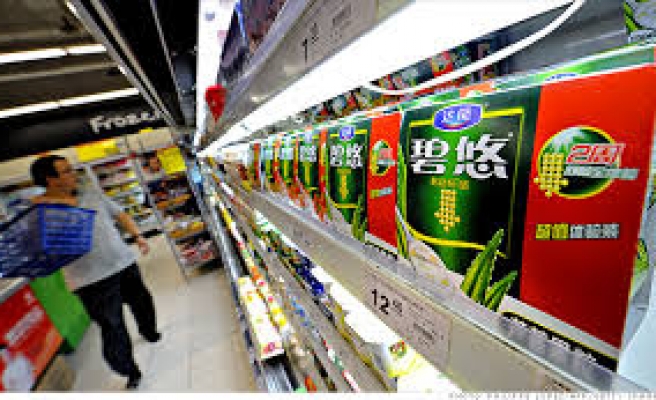 Danone SA'smedical nutrition unit Nutricia has started an internal investigation after a Chinese newspaper published a report alleging it had bribed more than 100 doctors in Beijing to boost sales, the company said on Wednesday.

It was the third time in two weeks that a division of French food group Danone has had to respond to accusations of bribery by Chinese media, after its infant milk formula group Dumex was twice the subject of bribery allegations reported by China's state television.

China is a magnet for foreign milk powder makers, with a $12.4 billion market that is expected to double by 2017. But foreign firms are under scrutiny after recent media reports alleging corrupt sales practices in the industry. Authorities last month also fined a group of mostly foreign milk powder producers $110 million for price fixing.

Nutricia, which makes Karicare milk formula, bribed doctors at 14 hospitals in the Chinese capital with kickbacks, gifts, funded-travel and complementary show tickets between 2010 and 2013, the 21stCentury Business Herald said on Wednesday, citing an unnamed whistleblower who claimed to be a student doctor.

The whistleblower had 52 documents detailing payments from Nutricia, the largest portion of which were to Beijing Aerospace General Hospital and Xuanwu Hospital Capital Medical University, according to the paper.

"We only saw the report this morning, so we've only just started an internal investigation into the matter," Zhao Qinghua, a spokeswoman for Nutricia in China, told Reuters.

"At the moment we still don't know the details... We need to wait to see the outcome of the investigation before we can make our next plans."

The two hospitals at the centre of the allegations did not immediately respond to telephone queries about the report.

Corruption in China's pharmaceutical industry remains widespread, fuelled in part by low base salaries for doctors at the country's 13,500 public hospitals.

The 21st Century Business Herald said the documents also showed that sales representatives had made bribes through more unusual means, such as cleaning doctors' fish tanks and organising strawberry picking trips for staff.

In the milk powder sector, hospitals are an important sales and marketing channel because a recommendation from medical staff can help persuade new parents to choose a particular brand, which they often stick with, industry insiders said.

International guidelines used in China say doctors should promote breastfeeding unless there are medical reasons not to.

A statement from China's health ministry last week said it would crack down on hospital sales tactics and punish staff who accepted bribes.

This could result in a slowdown of sales and marketing activity in hospitals for infant formula and hit sales performance, said Katherine Wang, chief China life sciences advisor for law firm Ropes & Gray.

Recent investigations into bribery in the pharmaceutical sector have hit sales operations and dented revenues for Chinese and international drug firms.

"I think (the corruption probes) will definitely create a sense of threat and also probably prevent regular interaction between the healthcare services providers and sales reps of the infant formula manufacturers," said Shanghai-based Wang.

"Because of the public oversight and the government scrutiny, I suspect within the infant formula manufacturers there's going to be an enhanced wave of internal compliance control investigations and audits."

Whistleblowers have made a beeline for the 21st Century Business Herald, with the paper publishing allegations against drugmakers Eli Lilly and Co, Novartis AG and Sanofi SA. The newspaper has declined an interview request from Reuters on why whistleblowers keep speaking to it.

In Wednesday's report, it said that under the direction of the Ministry of Supervision, Beijing and other cities had set up teams to look into the recent spate of anonymous whistleblowing, and would check the authenticity of the latest allegations against Nutricia.