Smoking in movies may turn teens to cigarettes: study

Youth who watch a lot of movies with cigarette-smoking characters, no matter what the film's rating is, are more likely to start smoking themselves, according to a new U.S. study. 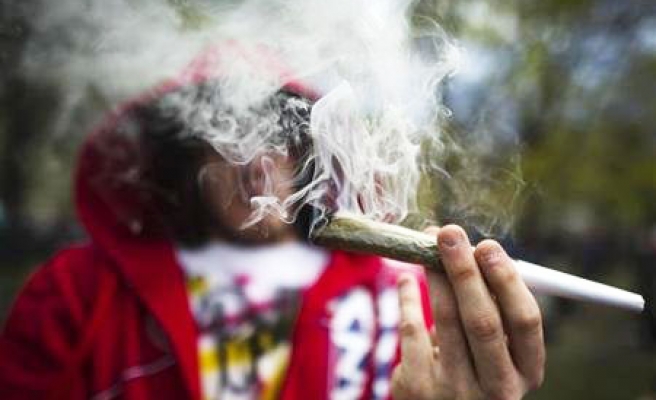 Youth who watch a lot of movies with cigarette-smoking characters, no matter what the film's rating is, are more likely to start smoking themselves, according to a new U.S. study.

The lead author of the report, which appeared in Pediatrics, said the conclusion supports the idea that the smoking itself - not the sex, profanity or violence that may go along with it in certain films - influences teens to take up the habit.

"Movie smoking seems to be just as impactful if it's packaged in a PG-13 movie as opposed to an R movie," said James Sargent, from the Geisei School of Medicine at Dartmouth in Lebanon, New Hampshire.

"I really think it's a 'cool' factor. The more they see it, the more they start to see ways that (smoking) might make them seem more movie star," he told Reuters Health.

Sargent and his colleagues counted how many times a character was seen smoking in each of over 500 box-office hits from recent years. Then they asked 6,500 U.S. children aged 10 to 14 which of a random selection of 50 of those movies they'd watched.

The average "dose" of movie smoking was 275 scenes from films rated PG-13 and 93 scenes from R movies, the researchers said.

In three subsequent interviews with the same youths, those who had watched smoking-heavy movies were more likely to pick up the habit themselves. For each extra 500 smoking shots reported in their initial survey, young people were 33 to 49 percent more likely to try cigarettes over the next two years.

The effect of on-screen smoking was not significantly different for PG-13 and R films. Because young people tend to see more PG-13 films, Sargent's team calculated that if smoking automatically earned an R rating, the number of youngsters who try cigarettes would drop by 18 percent.

In the United States, a movie rated PG-13 by the Motion Picture Association of America suggests some material may be inappropriate for kids under age 13. An R rating means children under age 17 must be accompanied by an adult.

"At this point, it is established that exposure to smoking in movies is a potent risk factor for actually taking up smoking, especially when the exposures are early," said Brian Primack, head of the Program for Research on Media and Health at the University of Pittsburgh School of Medicine.

"This study goes a step further and suggests that taking smoking out of all PG-13 movies could have a palpable effect on the impact of smoking in the US," he told Reuters Health in an email.

But another researcher who was not involved in the study said he wasn't sure if eliminating smoking from all non-R movies was "the magic answer."

Matthew Farrelly, who studies smoking at the scientific institute RTI in Research Triangle Park, North Carolina, said the study is a step in the right direction but that he wasn't sure the researchers could totally discount the influence of violence and profanity in moves on kids' decision to try smoking just by looking at movie ratings.

"I'm hoping that someone can disentangle smoking in the movies from other content that might appeal to youth to really firm up the relationship," he said.

Though the link between on-screen smoking and trying cigarettes "makes sense," Farrelly added: "I just think the relationship has been vastly overstated." SOURCE: http://bit.ly/jsoh2P