﻿Solar and wind's share in electricity production from renewable sources rose globally, share of hydro dropped in 2013, according to International Energy Agency report. 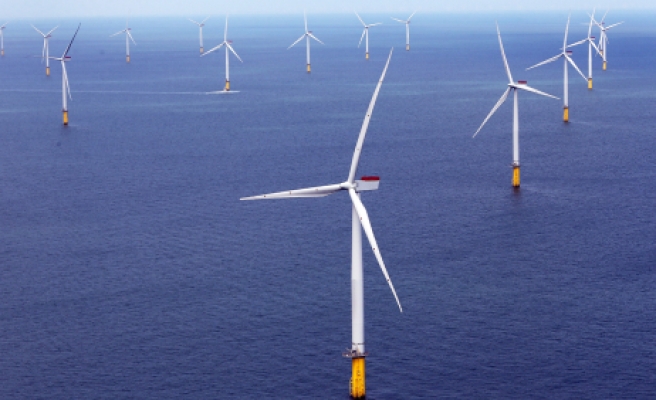 Solar and wind energy's share in electricity production from renewable sources rose globally while the share of hydro dropped in 2013, according to a report by the International Energy Agency.

A terrawatt is equivalent to 1,000 gigawatt hours -- or 1 trillion watt hours. According to the online Energy Business Review, 1.5 terrawatts is enough to run the London metro system for 10 years.

The most common definition of renewable energy, according to the Science Daily website, is energy derived from a resource that is replaced rapidly by a natural process, such as power generated from the sun or from the wind. It also includes energy from geothermal sources and tidal power.

Solar and wind energy's share of the power generated by all renewable energy -- 5,068 terawatt hours in 2013 -- rose while hydro's share dropped. Electricity generation from bioenergy, ocean and geothermal energy stayed the same.

Hydro power's share in the total electricity production from renewable sources fell from 77.8 percent in 2012 to 75.5 percent in 2013.

Total electricity generation from renewable energy sources is projected to be 5,414 terawatt hours in 2014, of which 721 terawatt hours will be from wind and 199 from solar.