Soy may not bring relief during menopause

But the most recent study, reported in the Archives of Internal Medicine, found that women who took soy supplements every day for two years didn't have any improvement in their symptoms compared to those who took a soy-free placebo pill. 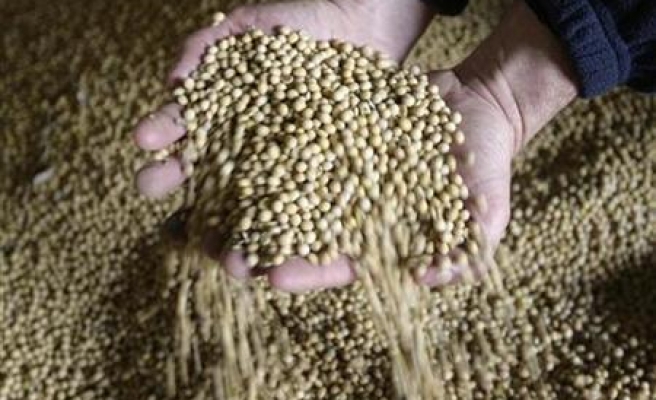 Women have been without a clear go-to treatment for menopause since the Women's Health Initiative (WHI) study of hormone therapy reported heart and cancer risks with estrogen and progestin use, risks that soy supplements didn't have.

But the most recent study, reported in the Archives of Internal Medicine, found that women who took soy supplements every day for two years didn't have any improvement in their symptoms compared to those who took a soy-free placebo pill -- and they suffered more hot flashes by the end of the study.

"What prompted us to do this study was in the wake of WHI when many of our patients stopped using hormone therapy," said Silvina Levis, the study's lead author who is from the Miller School of Medicine, University of Miami.

"Many of them had just gone to a health food store and started on soy supplements. The study was started to try to answer a simple question: will these soy isoflavone tablets help women with the issues they were concerned with?"

Levis and her team randomly split 248 women who had recently hit menopause into two groups. For two years, half of the women took 200 mg of soy isoflavones every day -- about twice the amount of a soy-rich diet. The other half took placebo pills.

None of the participants, most of whom were Hispanic, knew whether they were getting the real or the sham treatment. About 182 completed the study.

At their two-year visit, women in both groups had lost the same amount of bone density in their spine and hip since starting the study.

They also reported a similar number of menopause symptoms, except that more women in the soy group said they had hot flashes -- 48 percent, compared to 32 percent in the placebo group.

Women taking the daily soy supplements also reported some of the stomach and digestion problems, such as constipation, that have been linked to soy before, but there were no serious side effects linked to the supplements, Levis said.

"When we started the study we wanted this to work, because it would provide an easy and healthy way to help women in the initial stages of menopause," she added.

After this, "maybe women will reconsider."

Medications including certain anti-depressants may provide relief for menopause symptoms in some women, Levis added. For bone health, other doctors have recommended regular physical activity, combined with calcium and vitamin D supplements.

"The scientific evidence is telling them that they might not receive any benefit from extra soy," said William Wong, a nutritionist at Baylor College of Medicine in Houston who didn't participate in the study.

But he added that that doesn't mean that soy couldn't have health benefits over a longer period of time, such as if girls started getting more of it during puberty. SOURCE: http://bit.ly/q3rmDT