Medical guidelines in the United states already urge people to take low doses of aspirin to prevent heart disease if the predicted benefits outweigh the risk of side effects, or if they have already suffered a heart attack. 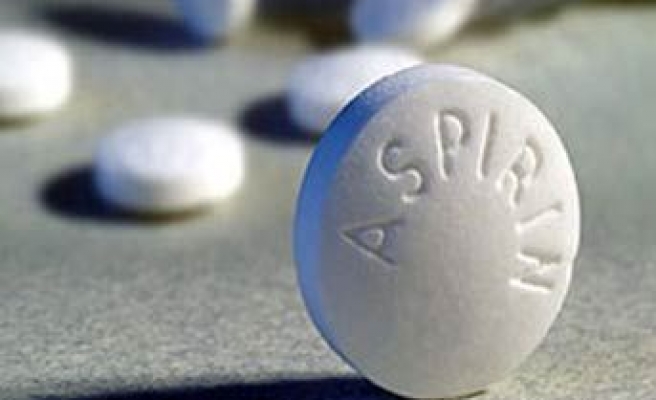 Taking aspirin daily may help protect against cancer but the effect seems weaker than previously thought, according to a U.S. study that included a decade's worth of data from more than 100,000 people.

"News about the cancer potential of aspirin use has been really encouraging lately," said Michael Thunof the American Cancer Society, who worked on the study that appeared in the Journal of the National Cancer Institute.

"Things are moving forward, but it is still a work in progress," he said.

Medical guidelines in the United states already urge people to take low doses of aspirin to prevent heart disease if the predicted benefits outweigh the risk of side effects, or if they have already suffered a heart attack.

However, whether those recommendations should be broadened to include cancer prevention remains up in the air.

Earlier this year, an analysis of previous clinical trials showed that people on aspirin were less likely to die of cancer than those not on the medication, with a 37 percent drop in cancer deaths observed from five years onwards.

The new report is based on data from more than 100,000 men and women, most over 60 and all of them non-smokers.

People who said they took daily aspirin, whether "baby" or adult strength, had a 16 percent lower risk of dying from cancer than non-users overall, Thun and his colleagues found.

The effect was strongest for gastrointestinal cancer, such as colon cancer and stomach cancer.

Because the study wasn't a clinical trial, it's hard to know if the findings can be chalked up to aspirin or if something else is at play. But Thun said they would favor broadening the aspirin guidelines to include cancer prevention based on an individual risk-benefit assessment.

Other researchers are more sceptical. Kausik Ray of St. George's University of London, who has studied aspirin, said the new study did not look at overall death rates or side effects such as serious stomach bleeds.

Earlier this year, Ray's team published an analysis of previous aspirin trials showing the medication did not prevent deaths from heart disease or cancer, and was likely to cause more harm than good.

One of the problems with the new study, as well as with previous aspirin trials, is something called detection bias, he said. For instance, if somebody develops stomach bleeding from aspirin, they are likely to have their bowels checked by a doctor. This may result in finding and removing tumors or pre-cancerous polyps, which could prolong the patient's life.

So far, most aspirin trials have been designed to test its effect on heart disease. Ray called for trials that specifically check people for new cancers at given intervals to weed out the selection bias marring previous research.