A rare and dangerous reaction to a range of common medicines including antibiotics and anticonvulsants may be caused by a severe immune response to reactivated herpes virus, scientists said. 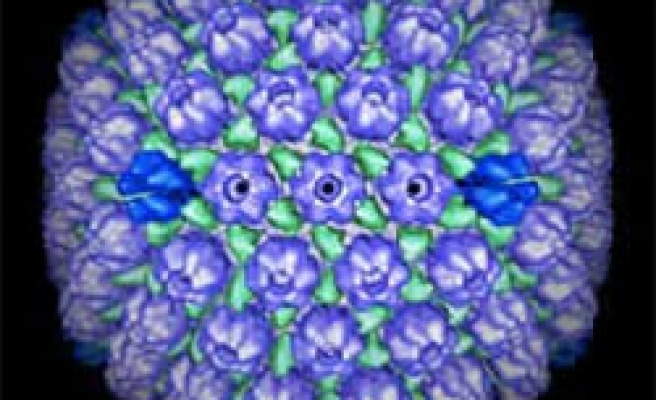 A rare and dangerous reaction to a range of common medicines including antibiotics and anticonvulsants may be caused by a severe immune response to reactivated herpes virus, scientists said on Wednesday.

Researchers said their findings suggest that if doctors were to test for the herpes virus in patients suffering the drug reaction, they might be able to find ways to treat it and possibly stop it becoming more severe, or even fatal.

The results should also help scientists find out what makes some people susceptible to the reaction, which is known as Drug Reaction with Eosinophilia and Systemic Symptoms, or DRESS, and affects around one in 8,000 people who take the common medicines.

In a study into DRESS, also sometimes known as Drug-Induced Hypersensitivity Syndrome (DIHS), French scientists found the condition is actually an immune reaction prompted when a dormant virus is reactivated and the body's fighter T cells go into overdrive to fight it.

"It looks a bit like an autoimmune disease (in which the body attacks itself), but it's not really an autoimmune disease because the target (of the immune response) is a actually a reactivated virus," said Philippe Musette of France's National Institute for Health and Medical Research (INSERM), who worked on the study with other colleagues in Rouen.

The main drugs that cause DRESS are anticonvulsants, often used for epilepsy, including carbamazepine, sold as Carbatrol by Shire, valproate, sold by Abbott Laboratories as Depakine and Sanofi-Aventis as Epilim, Lamictal from GlaxoSmithKline, Novartis' Trileptal and Pfizer's Neurontin.

The reaction, which often appears in patients several weeks after using a medicine, can also be caused by a generic gout drug called allopurinol and by some antibiotics, including sulfamethoxazole and minocycline, which is sold by Medicis Pharmaceutical Corp under the brand name Solodyn.

DRESS typically causes a combination of high fever, skin rash and inflammation of one or more organs, including the liver, kidneys, lungs and sometimes the heart. Around 10 percent of patients who develop DRESS die from it.

Musette's team studied 40 patients who had developed DRESS drug reactions and found they had an excess of activated killer T cells -- fighter cells crucial to the body's immune system -- which were mistakenly attacking their own organs.

To figure out what prompts the immune system to go into battle so fiercely, the researchers tested whether the patients showed any viral reactivation -- a development that had been previously noticed in some DRESS sufferers.

Their results, which were published in the journal Science Translational Medicine, showed that 76 percent of their study patients showed activation of previously dormant herpes virus.

"These results suggest that certain drugs may reactivate latent viruses lurking in patients' cells, sounding an alarm that triggers the release of killer immune cells that end up misguidedly attacking the body's own organs," the scientists wrote in a report of their work.

Musette said the findings also suggested doctors should test for herpes virus in every suspected DRESS patient and then try treating them with anti-herpes drugs or drugs which stop viruses from being reactivated, although he said much more research was needed into the type of medicines that might work.

"We can try anti-herpes drugs and treatments that inhibit viral reactivation, but that research has still to be done," he said.