Scientists are predicting that Earth could be heading towards an extraordinary event which would see compasses point south and the sun rise in the West. 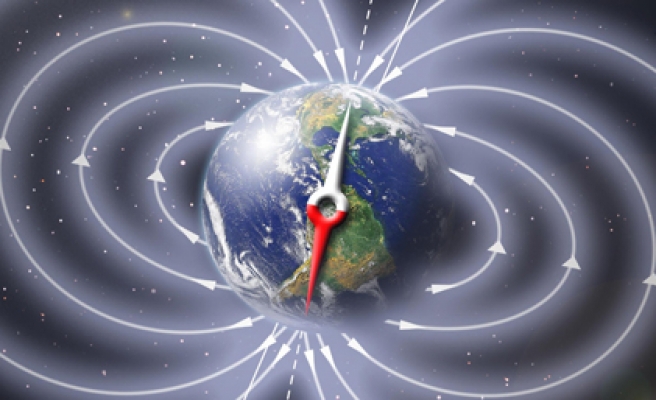 Climate researchers believe we are heading towards a reversal of the planet's magnetic field, which some fear will lead to the end of the human race and even have wiped out the neanderthals.

For the last 160 years there has been a steady decrease in the magnetic field of the earth with some warning that a swap of the magnetic poles from north to south would shift the continents so fiercely it would trigger mass earthquakes, rapid climate change, extinctions and global destruction.

According to an article in the Express, geologists have said this occurred a number of times in Earth's history  - with the last one 780,000 years ago during the stone age. The next polar reversal could take anywhere from 1,000 to 10,000 years to finish.

Alan Thompson, head of geomagnetism at the British Geological Survey, said during previous flips: "no worldwide shifting of continents or other planet-wide disasters occurred, as geoscientists can testify to from fossil and other records."

Earthquakes aside, there is a scientific belief that as we head towards a reversal - which could be less than 1,000 years away, Earth's magnetic field could dangerously weaken leaving us at the mercy of solar storms when radiation and X-rays are ejected from the Sun towards our planet.

A weak or reversed field could disorientate species that use magnetism to navigate, such as bees, salmon, and pigeons, and there are no conclusions yet as to the outcome.

It is caused by patches of iron atoms in our liquid outer core getting reverse-aligned, as if they were small magnets oriented in the opposite direction to others around them.

If reversed ions expand to the stage they out power the others, the Earth's overall magnetic field "flips".

It is believed a growing patch of reverse-alignment in the liquid core beneath Brazil and the South Atlantic is responsible.

Mr Tarduno said: "(It) has been decreasing for at least 160 years at an alarming rate, leading some to speculate that we are heading toward a reversal."