On the return trip Liautaud bored into the hostile terrain and took 6.5-foot-deep (2 meter) samples that he hopes will help scientists answer questions about global warming. 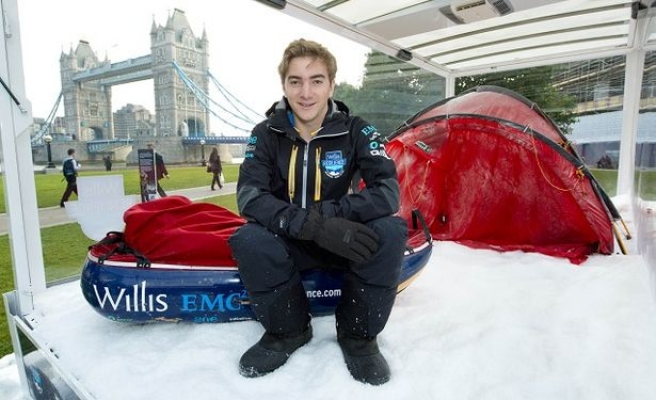 Parker Liautaud, the teenage polar explorer who set the record last year as the fastest unsupported person to trek to the South Pole, said he set off on the 314-mile (505 km) trip from the coast of Antarctica to draw attention to climate change.

On the return trip Liautaud bored into the hostile terrain and took 6.5-foot-deep (2 meter) samples that he hopes will help scientists answer questions about global warming.

Researchers at GNS Science, a New Zealand research institute, are analyzing the samples for changes in composition that could shed light on the pace of climate change in the region.

"What we wanted to do was to harness an engaging story that people could be a part of from a region that was being significantly hit by climate change," Liautaud, who had hiked to the North Pole three times, said in an interview.

It wasn't easy for the teenage explorer who ignored a chest infection, swollen ankle and the frostbite eating at his fingers and toes to finish the trek.

With visions of hotel beds and burrito restaurants dancing in his head, the Yale geology student persisted.

Every morning he and his teammate, veteran explorer Doug Stoup, hosted a live webcast on the expedition's website that brought climate experts and skeptics together for discussions on everything from food security to changes in the ozone layer.

"The problem with communicating climate science is that it is very complex and statistical and not something that can be experienced on a personal level," Liautaud said.

He hopes the expedition informs and convinces the general population about the real dangers of climate change.

"There isn't an awareness of the fact that there is a consensus in the scientific community" about the existence of global warming, he said.

"People are not only divided on it, they are not talking about it. We have a long way to go.".