'Telemonitoring' may not help with severe asthma 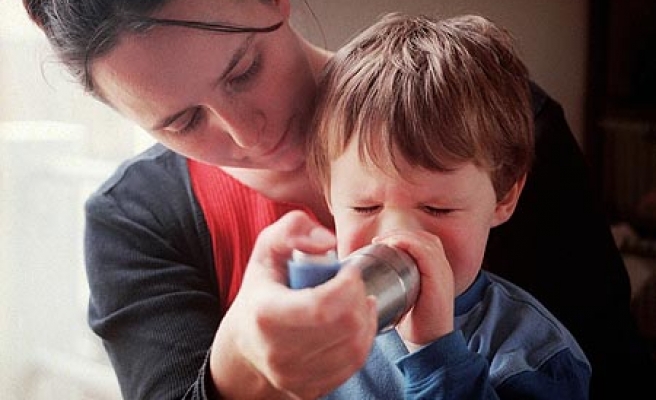 Researchers randomly assigned half to use a special handheld device connected to an automated modem. The children used the device each day to measure how well they could forcibly exhale, and the information was sent via phone line to the doctor.

If a child's breathing seemed to be worsening, the doctor could tell the parents to adjust their child's medication or, if the problem was serious, go to the hospital for treatment with oral corticosteroids.

The other half of the study group stayed with standard asthma treatment only, which included inhaled steroid medication to try to prevent attacks of wheezing and breathlessness.

After a year, the study found, there was no substantial difference in asthma attacks between the telemonitored children and those in the comparison group.

Only two children in each study group had no severe asthma exacerbations over the year. And the telemonitored children did not show any better lung function or less need for their daily inhaled corticosteroids.

"The poor performance of this intensive management pleads against telemonitoring with medical feedback," write the researchers, led by Dr. Antoine Deschildre of the Regional University Hospital of Lille in France.

It might seem like daily monitoring of kids' lung function should be helpful. But an asthma expert not involved said "it's not too surprising" that there was no benefit seen in the study.

The home monitoring gauged what's known as FEV1 -- the amount of air a person can forcibly exhale in one second after taking a deep breath.

FEV1 is a measure of how well the lungs are functioning. "But it doesn't correlate all that well with symptoms," explained Dr. John Mastronarde, a professor at Ohio State University Medical Center and a member of the American Thoracic Society.

And right now, there are no other objective measures of lung function that are known to correlate well with worsening asthma symptoms (and could, therefore, be used in telemonitoring).

The current study is small, Mastronarde pointed out, so it's not the final word on telemonitoring in asthma. As far as whether there is any role for the technology in managing asthma, he said, "I don't think we know yet."

For now, the best thing parents of asthmatic children can do is to have an "asthma action plan," Mastronarde said.

That is a written plan you create with your doctor that includes information on what medication to take and when to take it, how to handle worsening symptoms, and when to call the doctor or go to the hospital.

"Everyone with asthma should have an asthma action plan," Mastronarde said. "But one thing we know is that many people don't have one."

As for telemonitoring, experts are hopeful that the technology could help manage a range of chronic health conditions. Evidence on whether it works, or is worth the cost, is still needed, however.

So far, some of the best evidence has come from the U.S. Veterans Health Administration, which uses remote monitoring equipment to help veterans manage diabetes, high blood pressure and chronic heart failure.

A 2008 VA study of 17,025 home "telehealth" patients showed the devices cut the average number of days hospitalized by 25 percent, and produced a 19-percent reduction in hospital admissions.