The Olympics, Cupping and Prophet Muhammad

Cupping therapy is an ancient form of alternative medicine in which a therapist puts special cups on skin for a few minutes to create suction, the therapy itself dates back to the time of the Prophet Muhammad. 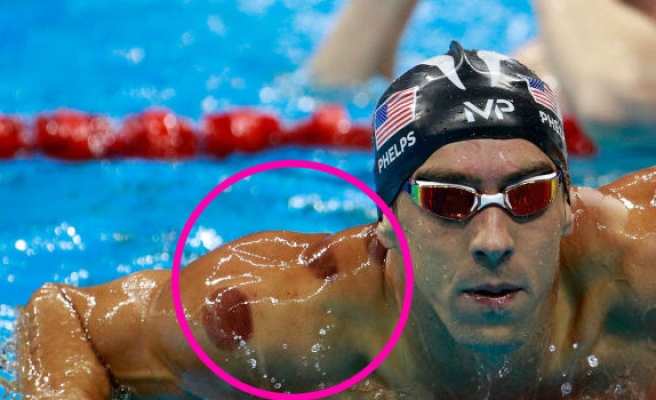 So the Olympics 2016 in Rio is in full flow and a few athletes have already won gold.

However, many people are talking about red marks seen on athletes such as US swimmer Michael Phelps’s, Gymnast Alex Naddour and others. These red marks are caused by cupping and many people are curious about it.

This isn’t too surprising to Muslims though. Why? Because it has been a tradition of the Prophet Muhammad (peace and blessings be upon him) who practiced it and recommend it more than 1400 years ago!

Hijama حجامة‎‎ “sucking” is the Arabic term for wet cupping, where blood is drawn by vacuum from a small skin incision for therapeutic purposes.

There is also a ‘dry cupping’ which does not draw out the blood (like the previous pic). Some use it for massaging; using olive oil in order to make easy movement of the cups.

The pain is minimal, like a prick, but then again it depends on what hurts you and what doesn’t! However, this is a great Sunnah and benefits your body a lot. So don’t lose out.