There may be an 'obesity paradox' in diabetes: study

Older people and people of Asian descent are more likely to be normal-weight when diagnosed, and Carnethon stressed that doctors need to take the disorder extra seriously when it's not accompanied by obesity. 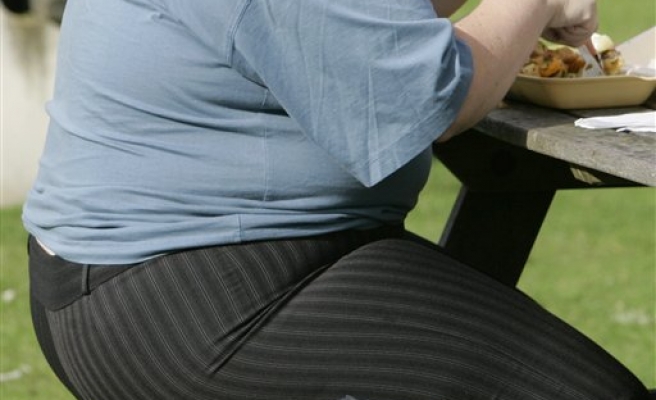 Obesity and diabetes may not be the double whammy people expect, with an analysis of previous studies surprisingly finding that overweight and obese people who get diagnosed with the blood sugar disorder tend to live longer than leaner peers.

The findings, which appeared in the Journal of the American Medical Association, were based on data from five earlier studies that tracked people over time to identify risk factors for heart disease.

Study leader Mercedes Carnethon of the Feinberg School of Medicine at Northwestern University in Chicago said this sort of "obesity paradox" had been observed before in chronic diseases such as heart and kidney failure - but it doesn't mean gaining weight is a good way to improve your prognosis if you get the disease.

In fact, it's probably not that extra pounds are protective, but that lean people who get diabetes are somehow predisposed to worse health.

"Perhaps those individuals are somehow genetically loaded to develop diabetes and have higher mortality," she said. "A normal-weight person who has diabetes has an extremely high mortality rate."

More than 2,600 participants developed type 2 diabetes during the studies, and 12 percent of them had a normal weight when they got the diagnosis.

After accounting for several risk factors for heart disease, including age, blood pressure, high cholesterol and smoking, lean people were more than twice as likely to die at any given point as heavier people. The same held true for deaths caused by heart disease, which is linked to obesity.

"It was a little bit unexpected to see that," said Carnethon.

One potential limitation of the study is that the researchers couldn't always account for how much people smoked, which might explain part of the results.

It's also possible that a few people might have been diagnosed with diabetes outside of the studies and been told to slim down by their own doctor before they were seen by the study researchers. That could also have contributed to the findings, although Carnethon said the effect would be small.

She added that it's not clear how to best treat normal-weight people with type 2 diabetes, although weight training seems preferable over cardio exercise.

Older people and people of Asian descent are more likely to be normal-weight when diagnosed, and Carnethon stressed that doctors need to take the disorder extra seriously when it's not accompanied by obesity.