A previous confirmed case of Ebola in the U.N. mission and another probable case resulted in the death of staff members on Oct. 13 and Sept. 25 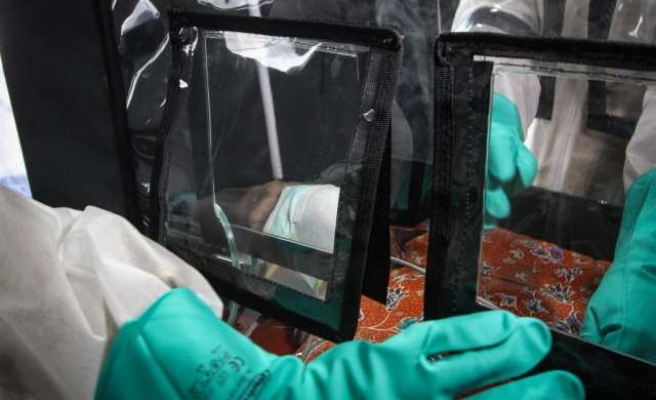 A U.N. peacekeeper in Liberia has contracted Ebola and is being treated at a clinic in the capital, Monrovia, becoming the third member of the mission infected by the virus since the outbreak began.

The United Nations Mission in Liberia (UNMIL) said in a statement that it was taking steps to ensure all those who come into contact with the peacekeeper while he was symptomatic were quarantined. Sixteen individuals had been identified to date.

"Our thoughts are with the patient's family, friends and colleagues," Special Representative of the Secretary-General Karin Landgren said in the statement late on Thursday.

A previous confirmed case of Ebola in the U.N. mission and another probable case resulted in the death of staff members on Oct. 13 and Sept. 25, she said. .

Meanwhile, the condition of an Italian doctor who contracted Ebola while he was working in Sierra Leone has worsened, a Rome hospital said on Friday. He was flown back to Italy at the end of November.

Since the worst outbreak of Ebola on record was detected in March, it has infected some 17,256 people and killed 6,113 in the three worst-affected countries - Liberia, Sierra Leone and Guinea - according to the World Health Organization.

Liberia - the country with the highest number of cases - has succeeded in lowering infection rates, and the virus is now spreading fastest in Sierra Leone. The former British colony recorded 537 new cases in the week to Nov. 30.

Many people in West Africa are being killed by other preventable diseases as Ebola ravages fragile healthcare systems and discourages people from going to clinics for fear of contracting the disease.

U.N. child agency UNICEF on Friday began a campaign to provide 2.4 million people in Sierra Leone with anti-malarial drugs to ease the strain on the healthcare system and allow Ebola cases to be identified more easily. The two diseases have similar symptoms, including headaches, fever and aching joints.

"Malaria is the number one killer in Sierra Leone," said Roeland Monasch, UNICEF Representative in the country. "This campaign will benefit the fight against both malaria and Ebola."

With the malarial season peaking in Sierra Leone, the drugs will be distributed by more than 9,300 healthcare workers and a second round of distribution will take place in January.

Amid signs of a slowdown in the epidemic in Guinea - where the virus was first detected in March - neighbouring Guinea-Bissau said it would reopen their shared border by next week.