Children aged four and under who get less than 10 hours of sleep a night are nearly twice as likely to be overweight or obese five years later, according to a U.S. study. 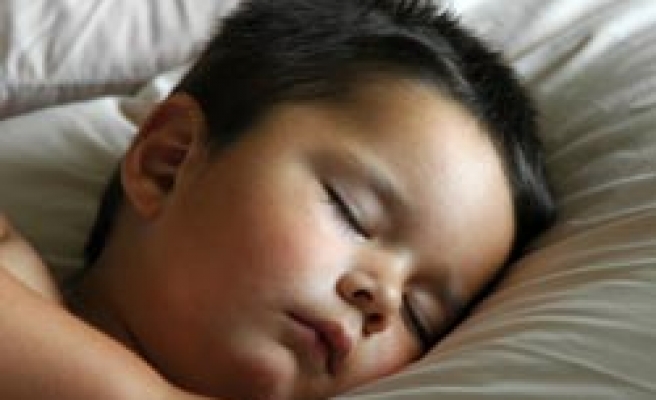 Children aged four and under who get less than 10 hours of sleep a night are nearly twice as likely to be overweight or obese five years later, according to a U.S. study.

Researchers from the University of California and University of Washington in Seattle looked at the relationship between sleep and weight in 1,930 children aged 0 to 13 years old who took part in a survey in 1997 and again five years later in 2002.

For children who were four years old or younger at the time of the first survey, sleeping for less than 10 hours a night was associated with nearly a twofold increased risk of being overweight or obese at the second survey.

For older children, sleep time at the first survey was not associated with weight status at the second survey but current short sleep time was associated with increased odds of a shift from normal weight to overweight status or from overweight or obese status at follow up. Dr. Janice F. Bell from the University of Washington said this study suggested that early childhood could be a "critical window" when nighttime sleep helps determine a child's future weight status. According to the National Sleep Foundation, toddlers aged one to three years old should sleep for 12 to 14 hours a night; preschoolers, aged 3 to 5 years old, should sleep 11 to 13 hours, and 5- to 10-year-olds should get 10 to 11 hours. Teens should get 8.5 to 9.25 hours of sleep nightly.

Several studies have linked short sleep to excess weight in children and teens, Bell and fellow reseacher Dr. Frederick Zimmerman from the University of California noted in their report.

But many of these studies have been cross-sectional, meaning they looked at a single point in time, which makes it difficult to determine whether not getting adequate sleep caused a child to become obese, or vice versa.

These findings, said the researchers, suggest there is a critical time period prior to age five when adequate nightly sleep may be important in terms of a healthy weight later on.

Bell said the study, reported in the September issue of Archives of Pediatrics and Adolescent Medicine, couldn't show why short sleep in early life might be a risk factor for excess weight gain but there are a number of theories.

"It might be that kids who don't get enough sleep are a little bit too tired to engage in the amount of activity that they need," Bell said.

Being up longer could mean more opportunities to eat.

Finally, there's evidence that adults who don't get enough sleep have altered levels of the appetite- and hunger-related hormones leptin and ghrelin, and the same could be true in children, Bell said.