The outbreak of myiasis, also known as screw worm, stems from deteriorating water and sanitation conditions. 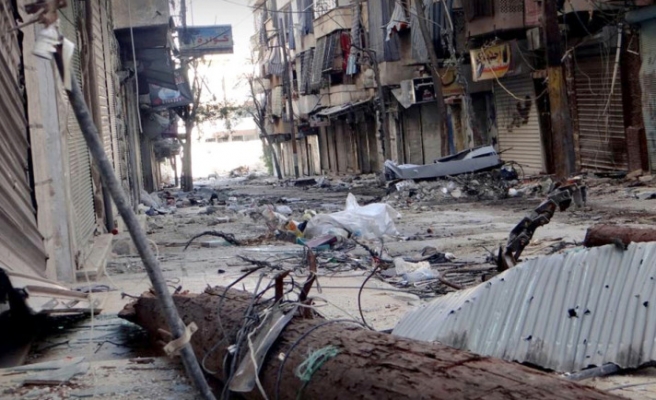 At least three wounded people have been infected near Damascus with a tropical disease spread by flies that had never before been reported in Syria, the World Health Organization (WHO) has said.

The outbreak of myiasis, also known as screw worm, stems from deteriorating water and sanitation conditions. While not life-threatening, its presence is an indicator of how bad health conditions have become, according to the global health body.

A video posted online this week appeared to show a doctor removing maggots from the skin in the back of a wounded girl's head and a dozen extracted maggots squirming in a petri dish. Later it shows her with re-grown hair and small bald patches.

The video claimed to have been filmed in the rebel-held Ghouta area east of Damascus and was posted on YouTube by the Syrian Media Organisation, which describes itself as the media arm of rebel groups in southern Syria.

"We are very concerned, not just about the three cases but about public health," Elisabeth Hoff, WHO representative in Damascus, said late on Wednesday.

"We are concerned about the deterioration in the water and sanitation situation, we are not able to deliver regularly in the area, only on an ad hoc basis."

Syrian officials could not immediately be contacted on Thursday for comment. The WHO said the three myiasis cases were reported by the Syrian Arab Red Crescent (SARC) in the eastern Ghouta area last week and confirmed by a local WHO contact person.

Myiasis occurs when fly larvae infect open wounds. Preventative measures include using insecticide to kill flies and washing clothes in hot water or ironing them - all difficult in areas with shortages of insecticide, electricity and soap.

In one example of the difficult conditions, the WHO said that armed groups took control of two major sources of drinking water for Damascus on Friday last week and cut off two-thirds of the provincial supply for 28 hours.

Since then, there have been negotiations between the government and armed groups to restore a full, constant supply, the WHO said.

It estimated that around 300,000 people in rural areas south of Damascus went without drinking water during the cut because water from their well fields was diverted to the capital's water supply network.