The document lays out in detail each ministry and agency's duties in the fight against illegal narcotics and their abuse. 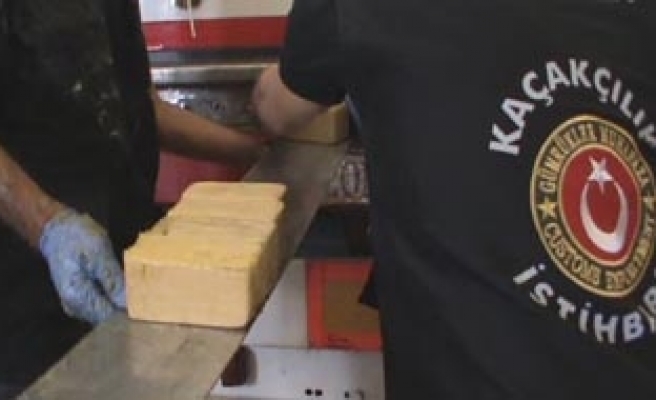 Drug abuse has reached unprecedented levels in Turkey over the past few years, and with reports indicating that most users start taking drugs in primary school a number of state agencies have launched a new plan to fight illegal narcotics and substance abuse.

Last month, the ministries of the Interior, Education, Health, Agriculture and Animal Husbandry, Customs and Commerce, and Family and Social Policy signed the nation's first National Drug Strategy, which is awaiting final approval from the Prime Ministry. The plan seeks to improve collaboration and cooperation between state agencies in the fields of addiction prevention, rehabilitation, damage reduction and demand reduction.

The six-year plan will go into effect once Prime Minister Recep Tayyip Erdoğan signs it. The document lays out in detail each ministry and agency's duties in the fight against illegal narcotics and their abuse. Changes to the Turkish Penal Code (TCK) are currently being drafted by the Ministry of Justice and new rehabilitation programs will also be launched in the country's prisons.

The Family and Social Policies Ministry will conduct detailed surveys on drug use among the general population as well as young adults and teens. It will also open new rehabilitation centers for drug addicts.

The Youth and Sports Ministry has also been assigned important duties. This ministry will open new youth centers offering sports and cultural activities to assist in personal, social and cultural development. These centers will offer training courses on sports, hobbies and activities for both young people and their families.

The Interior Ministry will coordinate the plan and lay out a new and more effective strategy to fight drug rings, drug trafficking and the illegal income earned from drug sales.

The Health Ministry will increase the number of rehabilitation and treatment centers for individuals addicted to illegal narcotics. It will also set up free, anonymous 24-hour hotlines for users seeking help.

Security forces have been actively fighting drug rings across Turkey, a transit country located in the middle of international drug routes. On Tuesday, the Gaziantep Police Department seized 1.5 tons of marijuana -- a major seizure by all accounts -- in Gaziantep. Six people were arrested in the operation.

After an anonymous tipster told authorities that a fuel tanker on its way to Gaziantep from Diyarbakır, a major center of marijuana production, was carrying a load of the drug, police searched the tanker. The marijuana they discovered is, according to detectives, worth about TL 5 million.

This seizure brings Turkey's total of illegal narcotics seized in 2013 up to 98 tons, a 126 percent increase from last year.

Illegal narcotics are a major source of income for the terrorist Kurdistan Workers' Party (PKK) and its larger network, the Kurdistan Communities' Union (KCK). A recent report compiled by the National Police Department's Anti-Smuggling and Organized Crime Bureau found that the PKK's marijuana farms cover at least 10,000 hectares in Diyarbakır province. PKK terrorist Mehmet Şah Yıldeniz, also known by his code name Reber, is thought to be in charge of the illegal group's marijuana farms in Diyarbakır. A kilogram of marijuana grown in Diyarbakır sells for about TL 70 in the province; the price of a kilo rises to TL 2,000 by the time the drug makes its way to İstanbul.

The report also says that PKK marijuana farms in Diyarbakır and elsewhere in the southeast are protected by highly explosive mines. PKK terrorists guard the fields and trade shots with narcotics police carrying out raids.