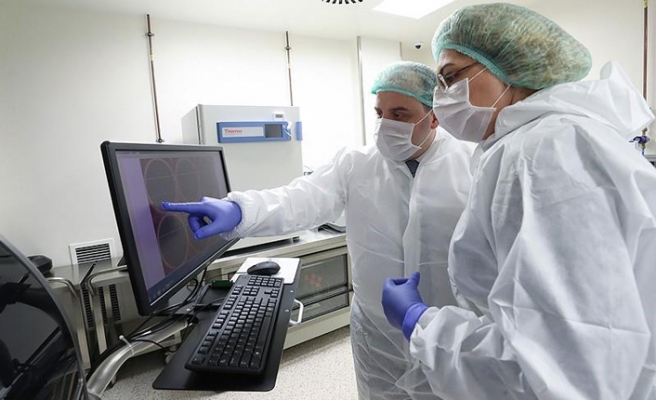 The Turkish industry and technology minister on Sunday payed a visit to genetics labs where research towards the country’s first locally produced biosimilar head and neck cancer drug is being conducted.

A biosimilar drug is a medication similar to a “reference drug,” produced after the expiration of the latter’s pharmaceutical patent.

Mustafa Varank attended the first exhibition of the drug’s production stages at the Marmara Research Center of the Turkish Scientific and Technological Research Council (TUBITAK).

"We want to gain this technology for our country by developing biotechnological drugs locally,” Varank said during the visit to the Biosimilar Cancer-Treatment Drug Development and Production Project (BIOSIM).

Noting that BIOSIM was a project meant to produce medication for the treatment of cancer in the head and neck, Varank added that there were 180 different biosimilar drugs that Turkey could produce.

He said the project had successfully produced the cancer drug in lab conditions, with plans for its delivery to the private sector by May of next year.

Experts say that the drug produced by BIOSIM will have a market value of $1 million per kilogram.

While chemotherapy is currently the most widely used treatment for cancer, recent years have seen its gradual replacement with biotechnological drugs -- or biopharmaceuticals -- which are developed from living cells, as opposed to chemical reactions.

The development and production of such drugs require cutting-edge capabilities in molecular biology and genetic engineering.

Ankara is looking to boost investment into this sector amid efforts to increase research and development for "domestic and national" high-tech industries.