Researchers have identified two new genetic mutations that cause a significant number of the hardest-to-treat kinds of ovarian cancer. 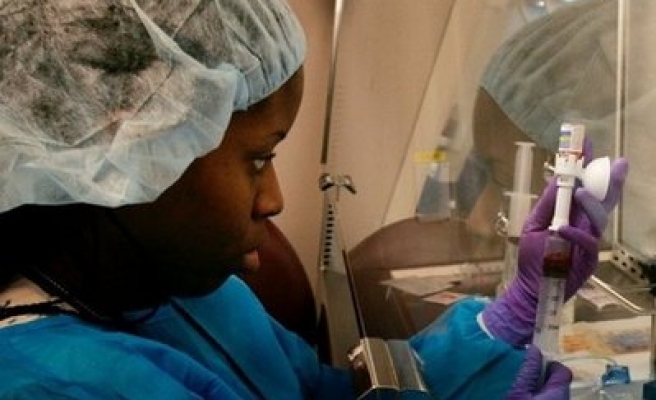 Researchers have identified two new genetic mutations that cause a significant number of the hardest-to-treat kinds of ovarian cancer, and say they point to a new "on-off" switch for tumors.

They hope their findings may eventually help doctors better tailor cancer treatments and also lead to the development of drugs to treat these forms of cancer.

The findings, published by two separate teams of researchers in the journal Science and the New England Journal of Medicine, also suggest a previously unknown mechanism for how cancer begins.

Clear cell carcinoma usually is not affected by chemotherapy. It is sometimes linked to an overgrowth of uterine tissue called endometriosis.

Writing in Science, Dr. Bert Vogelstein and colleagues at Johns Hopkins University in Baltimore named the two new genes as ARID1A and PPP2R1A.

"They may provide opportunities for developing new biomarkers and therapies that target those genes," Nickolas Papadopoulos of Johns Hopkins, who worked on the study, said in a statement.

Vogelstein, Papadopoulos and other members of the team own stock in Inostics, a company based in Hamburg, Germany that is developing tests to help diagnose cancer.

Dr. David Huntsman of the British Columbia Cancer Agency published a separate study in the New England Journal of Medicine focusing on ARID1A. They found it was mutated not only in ovarian clear-cell carcinoma but also in a second type of ovarian tumor linked with endometriosis.

"Overall, 46 percent of patients with ovarian clear-cell carcinoma and 30 percent of those with endometrioid carcinoma had ... mutations in ARID1A," they wrote. They did not find the mutation in other ovarian tumor types.

The ARID1A gene is also a suspect in some cases of lung and breast cancer, Huntsman's team said.

It is involved in a process called chromatin remodeling, which helps squeeze DNA into cells and control when and how it gets "read" to perform a biological function.

The mutation in ARID1A allows DNA to be improperly "read" and turned on, the Johns Hopkins team said.

"Taken together, these data suggest that ARID1A is a classic tumor-suppressor gene," Huntsman's team wrote. These genes, when not mutated, help stop tumors -- BRCA1 and p53 are two other well-known examples.

About 10 to 20 percent of breast and ovarian cancers are due to BRCA1 or BRCA2 genes.

An estimated 230,000 women worldwide are diagnosed with ovarian cancer each year. Most are not diagnosed before the cancer has spread, because it causes only vague symptoms, and nearly 70 percent of those with advanced disease die within five years.